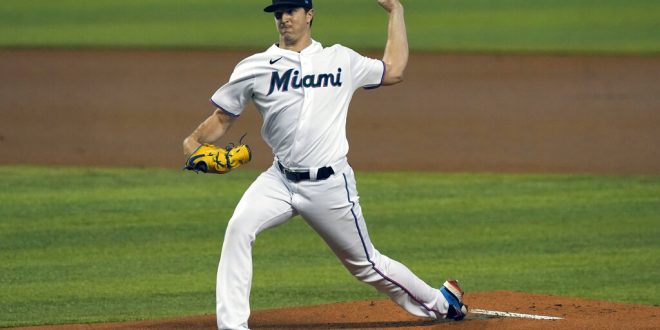 The Miami Marlins (8-9) recorded their second shutout of the season in a 3-0 win over the Baltimore Orioles (8-10).

The Rays wrapped up their six-game road trip just short of perfection, winning five and dropping one. Tampa Bay got off to a strong start putting four runs on the board in the first inning. The Rays would hold the edge until the seventh, when their two best relievers forfeited a 6-3 lead.

Jeffrey Springs allowed an infield hit and gave up his first walk of the season to open up the seventh, followed by a two-run triple and go-ahead home run for the Royals. Tampa Bay fought back scoring one run in the eighth and ninth innings to reclaim the lead. All the Rays needed was three more outs.

A squeeze, intentional walk and a wild pitch tied the game and put the Royals in scoring position. With a 2-1 count and a runner on third, Salvador Perez ripped the game-winning RBI single down the left field line. Game over.

“You’ve got to be pleased any time you win five out of six,” Rays manager Kevin Cash said. “That’s a good feeling. We were really close to sweeping an entire road trip; we just came up a little bit short. But the guys, they’ve played really, really well. We’ve competed great.”

A two-out, three-run rally in the fifth would be all Miami needed to finish out the homestand with a win. Jesús Aguilar opened up scoring with a two-run double. Adam Duvall followed with a RBI single to extend Miami’s lead 3-0.

Rookie pitcher Trevor Rogers threw a career-high seven innings during the shutout. The lefthander is averaging 12.68 strikeouts per nine innings so far this season, recording eight K’s Wednesday night. He produced five first-pitch outs while throwing just seven pitches in the first inning and eight pitches in the sixth. Rogers was the starting pitcher in both of Miami’s shutouts.

Yimi García came in as relief and sat down the entire Orioles lineup. Rogers and García allowed just four hits all game.