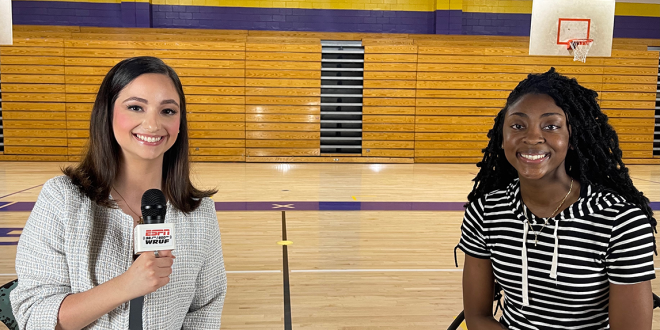 Lexi Carson and Chance Thyhsen contributed to this story

In this episode, we are telling the story of rising star, Na’Haviya Paxton.

Paxton is a 5’7 junior point guard hailing from Columbia High School girls basketball in Lake City, Florida, and she currently has no college offers even with her outstanding 3.8 GPA.

We hope by telling her story, Na’Haviya gets the recognition she deserves.

Thoughts from the Athletic Director

We also spoke with the Athletic Director of Columbia, Steve Faulkner. He had nothing but praise for the star student-athlete, giving many sentiments to who she is as an athlete and a student.

When asked about what she means to Columbia, he said, “She means a lot. She is about as good of a representation of a student-athlete that there is.”

He also spoke to her personality off the court, saying, “If you didn’t know who she was during the school days, you wouldn’t. She just walks through the hallways, goes to class and does what she’s supposed to.”

He described her personality as an athlete as well, “When you come to a game and see her under the lights, it’s a totally different person when it comes to competition. She’s in her element.”

Faulkner said he anticipates Na’Haviya to start receiving college offers before the end of her tenure at Columbia and he reiterated his confidence by saying, “Absolutely. It’s just going to take being in a gym with some college coaches, which she obviously didn’t get to do this year because of the pandemic. She is playing on a travel team out in Jacksonville right now, and once college coaches get a look at her, I think the offers will come rolling in this summer.”

You can find out more about Na’Haviya on her MaxPreps and Twitter.

Previous FEATURE: A legend, a coach and three players: How the Gator’s women’s tennis team Swedish connection was born
Next Megan Skaggs Returns for Fifth Year For Love of the Sport