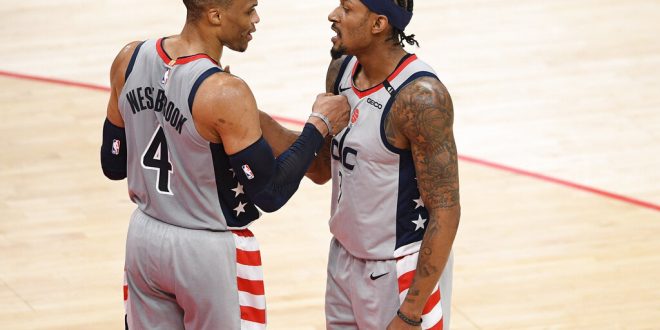 The Wizards were able to sweep the Pacers 3-0 in the regular season. If Washington can have the same luck and performance, they can advance and keep their postseason hopes alive.

Russell Westbrook should be a dominant force in leading his team to victory alongside Bradley Beal. However, Washington should also look to have a strong performance from their bench and get key defensive stops to seal the deal.

The Pacers are coming off a huge 144-117 win against the Charlotte Hornets in the 9-10 game of the Play-In Tournament. They should take that momentum into tonights game as eight players scored in double figures in their last matchup.

Indiana should look to get their offense rolling through Domantas Sabonis, Doug McDermott and Oshae Brissett. Sabonis in his three game series vs. the Wizards this season has averaged 32.3 points, 14.3 rebounds and 9.3 assists.

The Grizzlies defeated the Spurs 100-96 in the Western Conference play-in tournament Wednesday night, eliminating the Spurs from playoff contention.

Memphis put on an offensive show as Grizzlies point guard Dillion Brooks scored 24 points in the game and was a massive help in the fourth quarter by scoring 8 points to put his team ahead of the Spurs.

Morant gave his thoughts on the win:

“It feels good, but I mean we’re not in the playoffs yet,” Grizzlies guard Ja Morant said. “Just have to turn the page.”

Four of the five starters for the Spurs scored in double-double digits DeMar DeRozan and Rudy Gay each had 20 points. Dejounte Murray earned his fifth triple-double with 10 points, 13 rebounds and 11 assists. Keldon Johnson scored 11 points and Jacob Poeltl had 10 points.

The Spurs were leading in the fourth with 6:55 left until the Grizzlies pulled ahead and San Antonio could never catch back up. They end their season with a 33-39 season record.

Coach Gregg Popovich spoke about his team after the loss:

“No matter what the mistakes, no matter what the circumstances are, they really fight,” Popovich said. “That’s a good base. So, I’m really proud of the way they conducted themselves and played to win.”

Memphis will play at Golden State on Friday night to determine who will be the No. 8 seed and play against No. 1 seed Utah in the first-round series starting Sunday.

The Lakers defeated the Warriors 103-100 in the Western Conference play-in tournament Wednesday night. However, the Warriors still have an opportunity to reach the playoffs with a win over the Memphis Grizzlies Friday night.

LeBron James put the Lakers up with a go-ahead 3 pointer with 58.2 seconds remaining in the game to seal the victory. James finished the game with his sixth triple-double of the season, scoring 22 points, 11 rebounds and 10 assists.

Anthony Davis finished the game with a double-double scoring 25 points and 12 rebounds. Los Angeles had four starters score in double-digit and Alex Caruso coming off the bench to help the offense defeat the Warriors.

The Warriors led most of the night until the Lakers eventually made a comeback. Golden State point guard Stephen Curry led his team in scoring with 37 points. Three out of the five starters hit double digits in their loss, but the Warriors can get the eighth seed with a strong performance against the Grizzlies Friday night.

“This is a bitter pill to swallow. This was our game and we couldn’t get it done,” Kerr said.