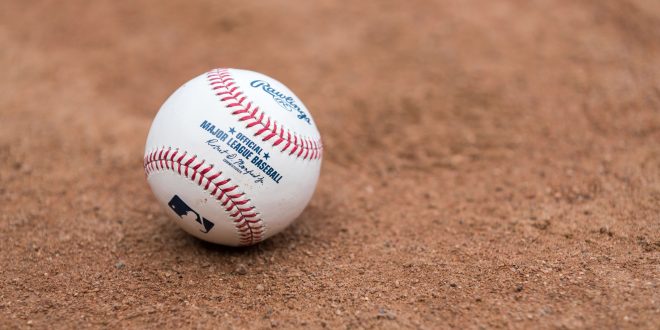 The MLB is cracking down on foreign substances. Amidst the pandemic, the league’s 2020 health and safety protocol instated that pitchers could carry a small wet rag to reduce any spreading.

Pitchers may not access the rag while on the pitching rubber and must clearly wipe the fingers of his pitching hand dry before touching the ball or the pitcher’s plate. Umpires will have the right to check the rag at any point…..water is the only substance allowed on the rag. MLB health and safety protocol manual

Love the wet rag rule for 2020.pitchers are allowed to carry a wet rag in their back pocket instead of licking their fingers. Good luck hitters, water won’t be the only thing on that rag.

Additionally, the MLB has furthered their investigation after foreign substances continue to be an issue in the league.

With the team owners told to crack down on substances in the past week, notable players have been off their game.

New York Yankees ace pitcher Gerritt Cole was down about six percent in his spin rates in his team’s most recent matchup against the Rays.

This was alarming after Cole consistently spun above 2,500 rpm during his first couple months of the season.

Each of the Braves’ three hits have come off a fastball. pic.twitter.com/3mJRaNFoEB

His spin was down 10 percent across the board. He pitched the first six innings of the game against the Atlanta Braves, but the Dodgers’ ultimate fell to their opponents.

Bauer claimed to not know why he was off his game.

I don’t know. Hot, humid day in Atlanta. I just want to compete on a fair playing field. I’ll say it again. That’s been the whole point this entire time. Let everyone compete on a fair playing field. So if you’re going to enforce it then enforce it. And if you’re not then stop sweeping it under the rug, which is what they’ve done for four years now.

ESPN’s Tim Kurkjian explains that the league is cracking down even harder in the coming weeks.

Sara Dastgerdi is a current student at the University of Florida.
Previous Meyer Happy with Lawrence’s Work in Practice, Jags Gaining Confidence
Next Lightning ready for next challenge