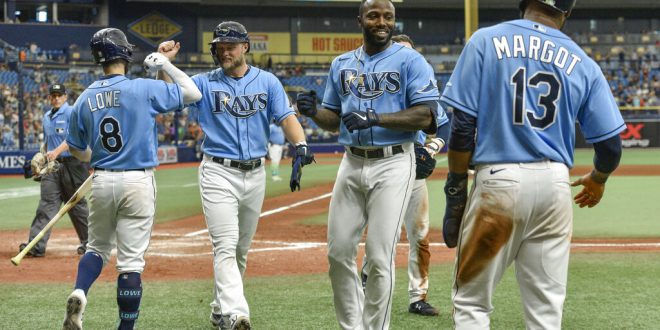 Coming off a series sweep of the Baltimore Orioles, the Tampa Bay Rays travel to Guaranteed Rate Field to take on the Chicago White Sox.

For Tampa Bay, Tyler Glasnow gets the ball to start the series. Glasnow sits at 117 strikeouts, second most in the MLB. The Rays have won six of their last seven.

The White Sox come into this matchup riding a four game winning streak and sit atop the AL Central standings. Lance Lynn will be on the hill to open the series for Chicago. Lynn sits currently at second in the league with an ERA of 1.23 and boasts a 7-1 record.

The Rays currently post a 23-10 record on the road heading into Monday’s matchup versus Chicago. The White Sox are 25-11 in home games on the year.

At the plate, Chicago’s Jose Abreu who currently sits at 49 runs batted in, tying for second in the MLB. Tampa Bay’s Austin Meadows is not far behind with 48 RBI and 14 home runs on the season. Rays left fielder Randy Arozarena is coming off a grand slam in his last game.

There is no timetable for return for White Sox left fielder Eloy Jimenez after getting the “okay” to resume baseball activities.

Jimenez is heading to the White Sox complex in Arizona.

The Rays face the White Sox for the first time since 2019.

Listen to Monday’s matchup of the Rays and the White Sox right here at ESPN 98.1 FM 850 AM WRUF.