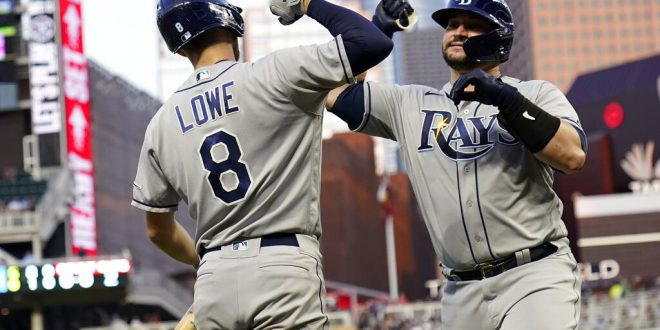 The Tampa Bay Rays close out their series against the Houston Astros tonight in game three. Last night’s game secured the Tampa team’s No. 1 spot in the American League playoffs for the second season in a row.

In regular season play, the Rays have gone 98-60 with four more games left. This puts them with the best record in the American League, guaranteeing them the home-field advantage throughout most of the playoffs.

The Rays have held the No. 1 spot in the AL East since early August after a win over the Mariners.

Regular season play will end for the Rays will end after a three-game series against the Yankees, starting tomorrow.

Tampa Bay will be playing the winner of the wild card game. Their potential opponents include the Yankees, the Red Sox, the Mariners or the Blue Jays.

They will host game-one in Tropicana Field on Oct. 7.

After a 40-20 regular season, the Rays took a grab at the World Series. They fell just short.

First, they won their Wild Card Series against the Toronto Blue Jays, 2-0.

Then, they took on the New York Yankees in the AL Division Series that ended with a 3-2 victory for the rays.

In the Championship Series, Tampa took on the 2019 World Series runner-up, the Houston Astros. The Rays scrapped by in a 4-3 win.

Finally, the Rays made it to the 2020 World Series, only to fall to the Los Angeles Dodgers 4-2.

Tonight, the Rays take on the Astros in their series-ender. Tuesday’s series-opener resulted in a 4-3 win for the Houston team. The Rays answered back on Wednesday with a 7-0 shut out that sealed the Rays’ best record in the American League.

The AL runs through the Trop#RaysUp

It also made history for the team, with the most wins in franchise history.

First pitch for game three is tonight at 7:10 p.m. and can be viewed on Bally Sun Sports.

Rylee is a third year Journalism major with a specialization in sports and media at the University of Florida College of Journalism and Communications.
Previous No. 15 Texas A&M host Mississippi State Saturday
Next Richard Sherman joins the Tampa Bay Buccaneers