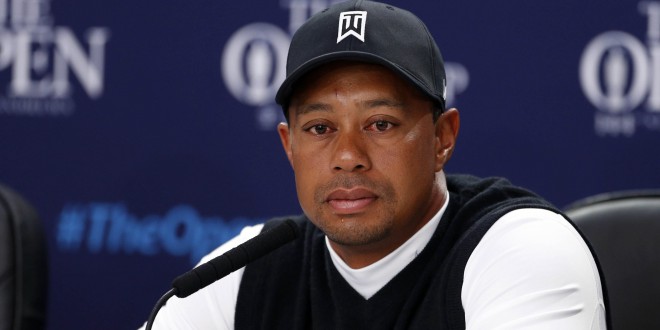 The King of Golf, Tiger Woods’ future in the sport will never be the same.

Last February, Woods got into a serious car accident after speeding around 87 mph. The crash Woods experienced was reported to be a single-car accident.

The car crash left him with a severely injured leg. Woods was taken to Harbor-UCLA Medical Center level 1 trauma center where he had surgery. Screws and pins were used to stabilize the injuries of his foot and ankle. The injury was so alarming that amputation of his leg was in consideration according to Woods.

"I'm lucky to be alive, but also to still have the limb."

Tiger Woods expresses that he's grateful to be here and mentions that amputation "was on the table" following his accident on Feb. 23. pic.twitter.com/lpAUqGU0mZ

Woods said it was “difficult” to be assisted everywhere he went when he spent his time recovering in the hospital.

Tiger Woods is a name known all over the world. When one hears the name “Tiger Woods” you often think of a red Nike shirt, numerous PGA TOUR championship titles and the sport of golf, itself.

Over his 25 year-long career, Woods has accumulated 82 PGA TOUR wins. He is tied with Sam Snead for the most PGA TOUR wins in history.

Woods has had 20 holes in one in his career, three of which were on the PGA TOUR. In 2000, Woods had the lowest actual scoring average in PGA TOUR history of 68.17.

Those accomplishments and Woods’ reputation of being the best, made him the highest-paid golfer in the world.

Coming To Peace With His Future

Despite having to take some time away from the golf course, Woods says he’s “on the positive” side when it comes to thinking about what’s next in his future. He said he plans to spend his free time now with his two children.

Woods says he is still able to play golf moving forward. However, he is not sure at what level yet.

The last time Woods stepped out on the golf course to play an official tournament was December 2020. Woods and his son partnered to play in the PNC Championship in Orlando, FL.

Last weekend Woods went to the Hero World Challenge event to watch “The Match.” He says he missed the atmosphere of being with his peers on the course.