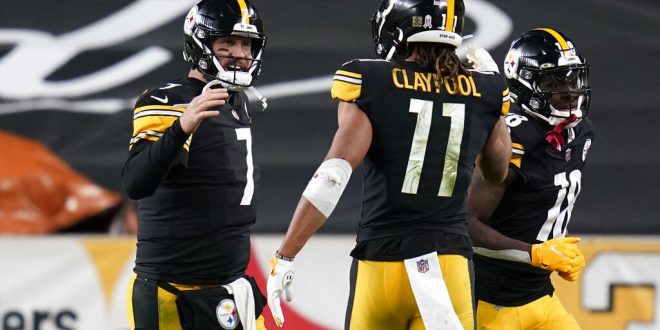 The Minnesota Vikings (5-7) are hosting the Pittsburgh Steelers (6-5) in Minneapolis on Thursday night for Week 14 of the regular NFL season.

Disaster In Detroit For The Vikings

The Minnesota Vikings are coming into Week 14 after a loss to a previously winless team last week.  This 29-27 win for the Lions ended a 15 game losing streak that lasted nearly a year.  They saw their last win against the Chicago Bears in Week 13 of 2020. It seemed the Vikings were going to take the win when they were up 27-23 with just four seconds left..  The Lions had the ball at the Vikings 11-yard-line and were fourth-and-2.  Coach Zimmer’s defense left Amon-Ra St. Brown wide open to receive a pass from Jared Goff adding, a win to the Lions’ previously 0-10 record.

Zimmer has made quite a few decisions this season that have backfired on him.  When the team’s offensive coordinator, Gary Kubiak, decided to retire last January, Zimmer had an opportunity to find someone great to replace him.  Instead, a month before his retirement announcement, Zimmer decided to make Kubiak’s son, Klint their new offensive coordinator.

Along with constant defensive struggles since 2020, and the embarrassing loss to the Lions, it’s looking like it’s Zimmer’s final season with the Vikings.

The road has not been kind to the Steelers as they lost their last two games that were away in Los Angeles and Cincinnati.  However, the buzz coming off of last week’s game might help this week’s performance.  In Week 13, the Steelers were able to end their two-game losing streak after sneaking a 20-19 victory against the Baltimore Ravens.  The Steelers trailed 10-3 during the first three quarters.  However, the future Hall Of Fame quarterback, Ben Roethlisberger, led three game-winning drives that ended with a 5-yard touchdown pass. The Ravens quickly responded with a 6-yard touchdown with 12 seconds left on the clock.  Instead of going for the tie, they went for two and it was incomplete, leaving the Steelers with the win.

The Steelers had a stellar defensive performance, especially against Raven quarterback Lamar Jackson.  T.J Watt and former Raven Chris Wormley combined to have six sacks against Jackson, who is now 1-2 against the Steelers.  T.J. Watt’s 3.5 sacks this game allowed him to join  Reggie White as the only players in the NFL with at least 13 sacks in four consecutive seasons.

Jolie Katzen is a third-year Journalism major with a focus on sports media at the University of Florida.
Previous Mario Cristobal is the new coach for Miami Hurricanes football
Next Castleton Sparks Gators Bounce Back