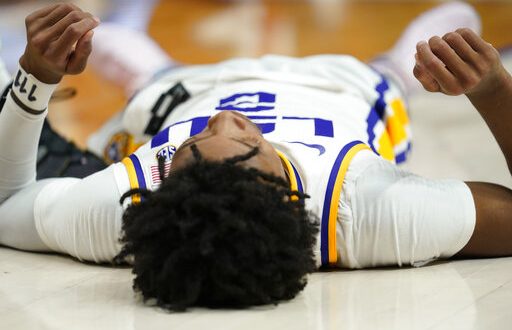 SEC basketball continues Wednesday night with LSU heading on the road to face Alabama. This will be the sixth conference game for both teams as LSU currently ranks 13th in the nation 15-2 (3-2) while Alabama is 11-6 (2-3).

Despite the success all year, LSU fell at home to Arkansas on Saturday. However, they were without their third-leading scorer Xavier Pinson who suffered a knee injury against Tennessee on January 8. He is expected to be a game-time decision against Alabama.

Still, Tari Eason has been one of the top players in the conference. He currently averages 15 points and seven rebounds per game.

Darius Days has been in double figures in three of the team’s five SEC games, and Shareef O’Neal – son of Shaquille O’Neal – has returned and played in the past two games following a foot injury. The former UCLA Bruin is averaging two points and 3.5 rebounds per game.

Alabama’s leading scorer has been Jaden Shackelford this year, averaging 16.2 points per game. Jahvon Quinerly and Keon Ellis average over 12 as Alabama is shooting 47% from the field and 36% from behind the arc.

While the offense has been sharp, during its three-game losing streak, Alabama has allowed at least 78 points in all three games. Before the start of conference play, Alabama had only allowed more than 78 points five times.

This will be the fourth meeting between these two schools, with Alabama winning all three previous meetings, including the SEC Title Game.

Tip-off is set for 7 p.m. Following this, LSU stays on the road to play Tennessee on Saturday, January 22 at 7 p.m. , while Alabama stays at home to face Missouri on Saturday at 6 p.m.