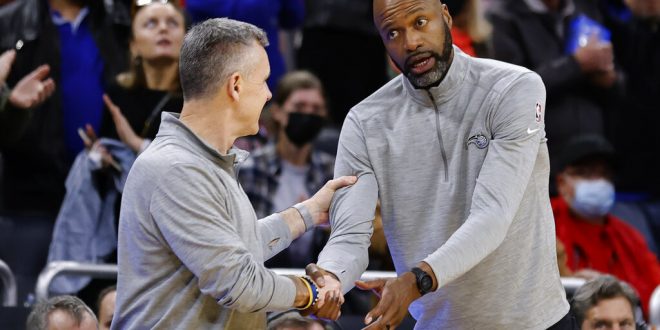 On Sunday, the Chicago Bulls traveled to Orlando to face off against the Magic. The Magic went into the game as a 3.5 point underdog, taking down former Florida head basketball coach Billy Donovan and the Bulls 114-95. On a poor shooting night from the Bulls, Chicago guard Demar DeRozan posted 41 points on 15/21 shooting, only missing two free throws in 13 attempts.  Behind a strong performance from the Wagner brothers, the Magic took down the 28-17 Bulls. Orlando center Wendell Carter Jr. also posted 19 points and seven boards.

Off the bench, forward Moritz Wagner led the Magic in scoring with 23 points but was one of seven Magic players to eclipse double figures. Franz Wagner tallied 18 points, five assists and four rebounds. The brothers combined for 41 points, six rebounds and nine assists on the night.

Magic roll at home against the Bulls

Once forward Chuma Okeke nailed a jumper with seven minutes left in the 2nd quarter, the Magic took a two-point lead, which Orlando held for the rest of the game.

Although the Magic held a 13 rebound deficit, Orlando caught fire from behind the arc, shooting 12-26 from three. On the other side, the Bulls’ offense was sluggish. Chicago shot 5-21 from behind the three-point line and only recorded 10 assists for the game. Orlando tripled that number and added on more for good measure for a total of 31 assists, moving the ball with ease.

Going into the game, the Magic had three inactives: Terrence Ross, Robin Lopez and Gary Harris. The Bulls were down star guard Alex Caruso after he fractured his right wrist against the Milwaukee Bucks.

The 9-39 Magic will take on the 23-25 Los Angeles Clippers on Wednesday at the Amway Center.