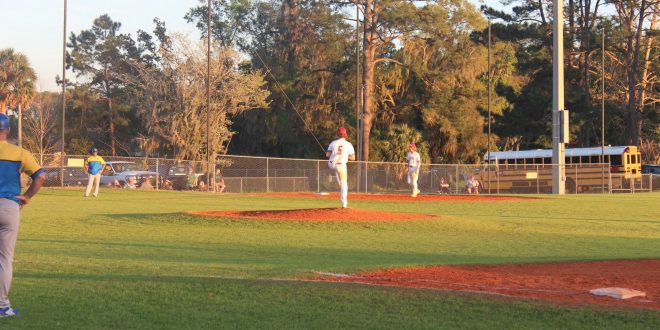 The Santa Fe Raiders defeated the Crystal River Pirates 4-3 in a nail-biter Thursday evening. The Raiders advance to 6-1 on the season.

A beautiful evening for a high school baseball game between the Santa Fe Raiders and Crystal River Pirates!

Pirates strike first on a score from Zach Smith

The Pirates couldn’t slow down the Raiders in the third inning.

The scoring didn’t stop there, as Matthew Geelhoed had a monster hit that dropped in left field, advancing Conner Brown to third. The Crystal River defense attempted a double play, but overthrew first base allowing Brown to stroll home.

By the end of the third inning, the Raiders had taken a 3-1 lead over the Pirates. 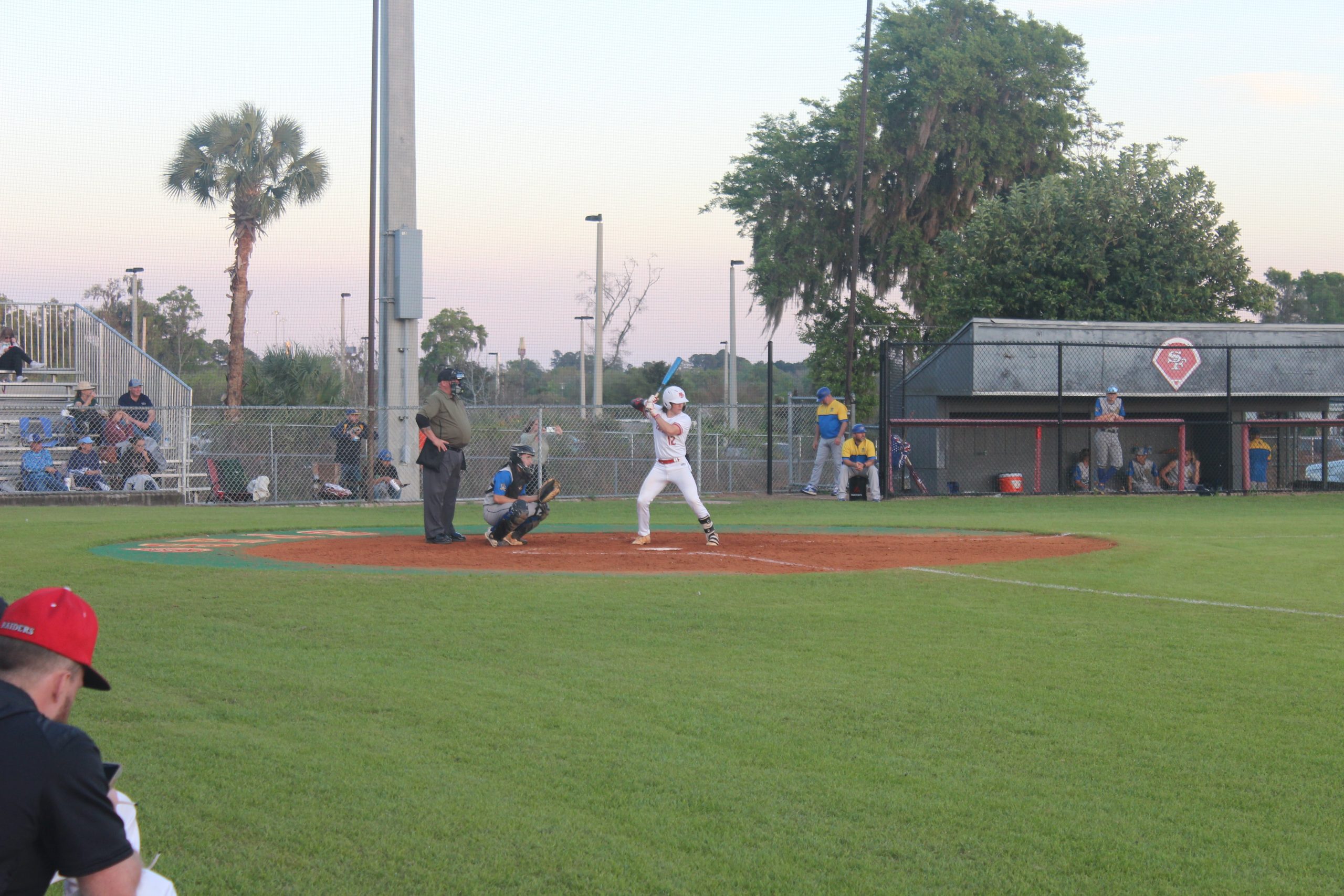 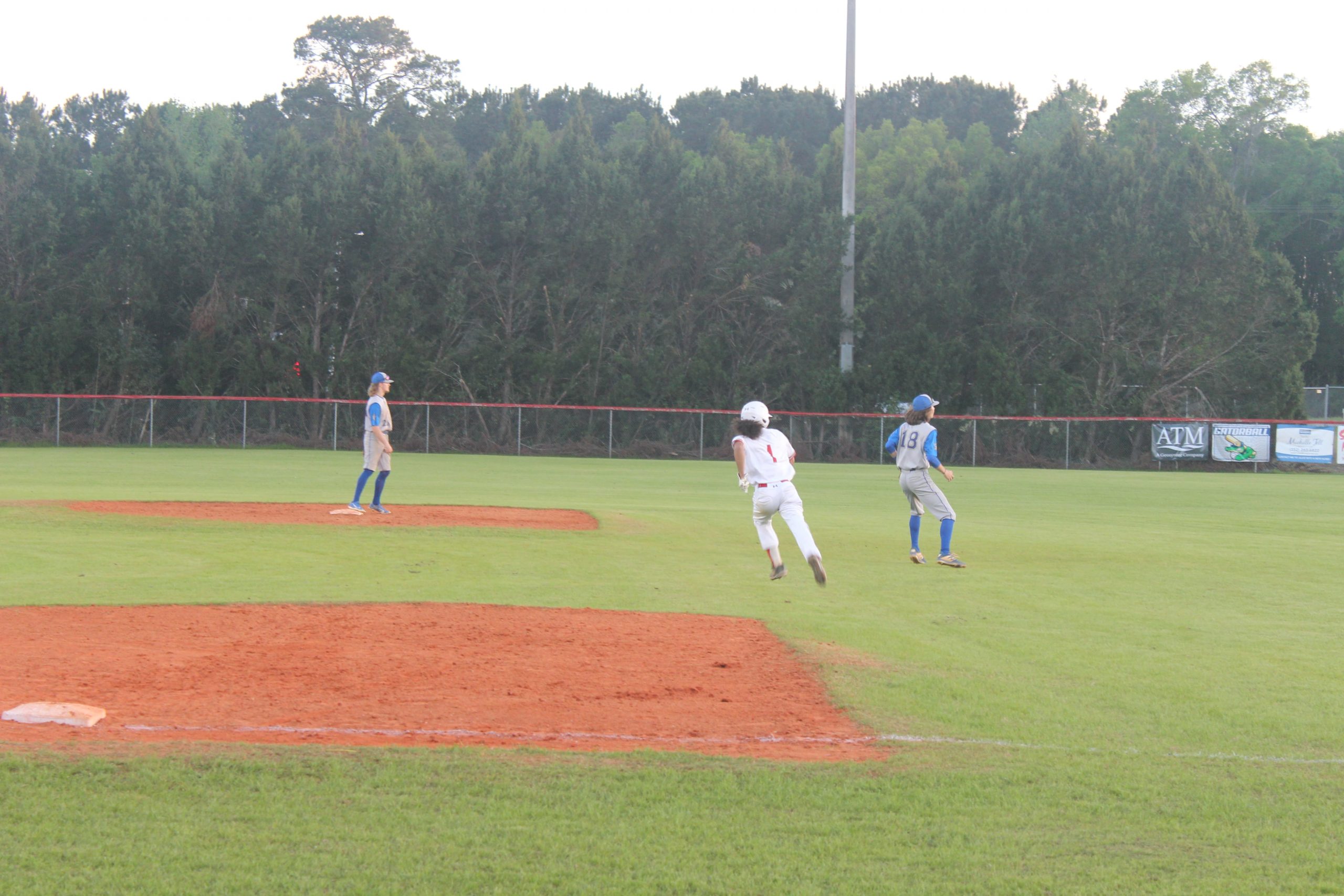 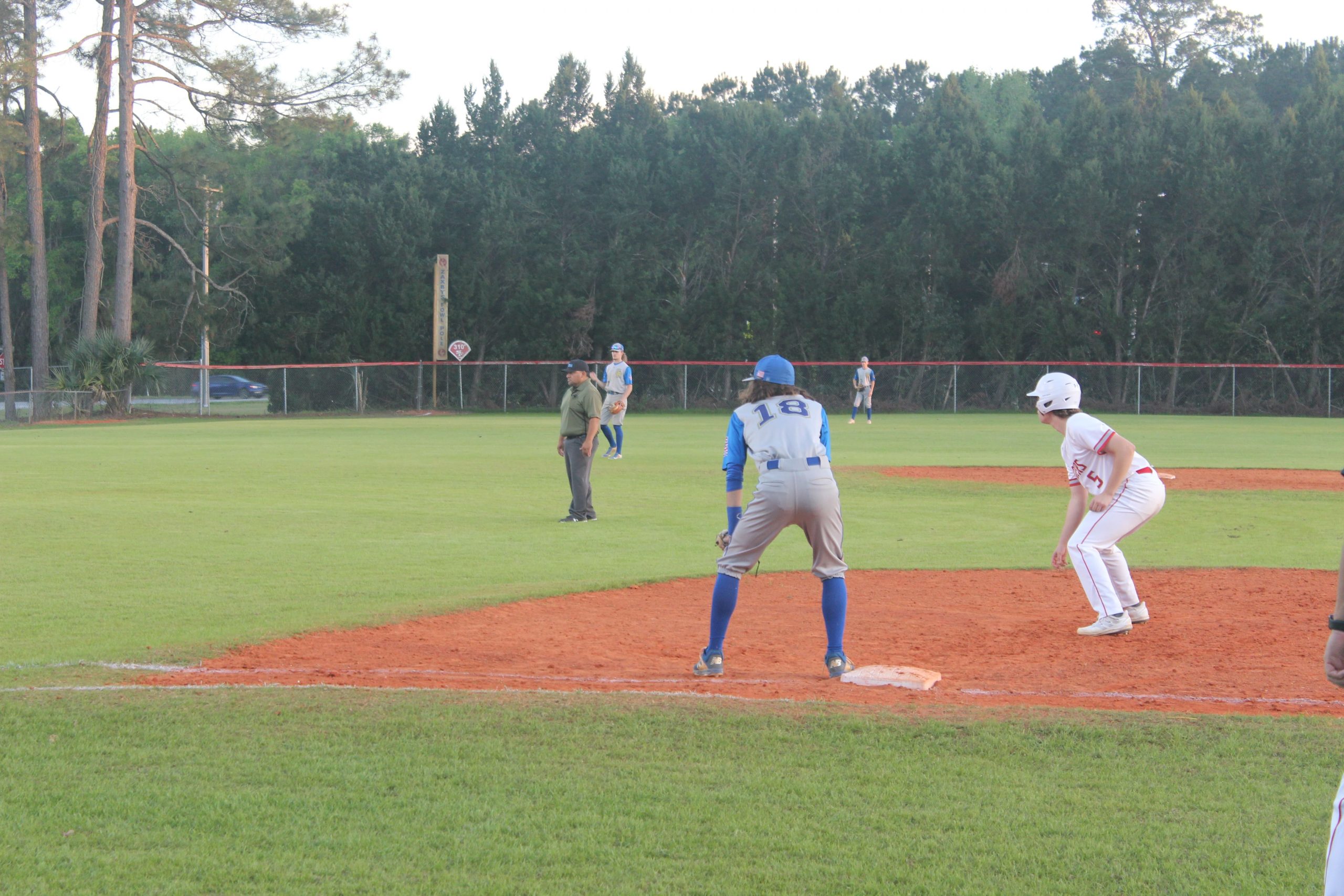 The Pirates weren’t going to let the Raiders take the lead that easily and quickly responded in the fourth inning. Crystal River’s Dylan Hall dropped a hit into right field, bringing in two Pirates runners, Zach Smith and Caden Lewis, to tie the game at three runs apiece.

In the bottom of the fourth inning, the Raiders took back the momentum from the Pirates. Evans hammered a hit into left field resulting in a run scored by Dylan Dampier. The Pirates struggled to put runs on the scoreboard after the fourth inning.

Santa Fe Head Coach Travis Yeckring is optimistic about the future of his squad. He believes the Raiders have yet to play their best baseball.

“We’re just a team that comes out and finds a way to win,” Conner Brown affirmed.

Shailey Klein is a first-year journalism major specializing in sports and media at UF.
@shaileyklein
Previous Oak Hall Tennis Stays In Command Over Seven Rivers From Start to Finish
Next St. Peter’s Peacocks Upset Kentucky Wildcats in Round 1