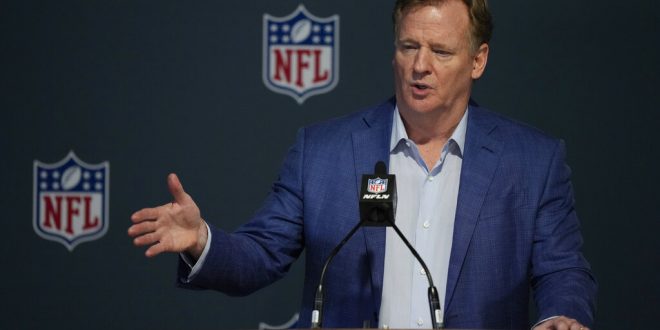 On Tuesday, NFL owners agreed on a change to playoff overtime rules that ensures both teams get at least one possession. The overtime rules for regular season games are unchanged.

Talks of overtime change have existed for a while now. But these talks came to a head following the AFC Divisional playoff game between the Bills and the Chiefs. The Bills scored a late touchdown to take the lead, only for the Chiefs to tie the game with a field goal and win the game with an overtime touchdown.

Due to the overtime rules, Kansas City won the game automatically with the touchdown and Buffalo’s offense never saw the field in overtime. Therefore, the Bills scored a go-ahead touchdown on their last possession of the game and still lost. With this format, overtime felt more like a coin toss deciding the winner rather than two teams making one last push for victory.

Here’s what the NFL’s new OT rule is trying to guard against: Over the past decade, teams that won the overtime coin flip in the postseason were 10-2, including seven of those 10 wins coming on the opening possession.

This proposal was first made by the Colts and the Eagles, who proposed a possession for each team in all overtime games, including regular season. However, there was not enough support from other teams to apply the rule to the regular season. The rule passed for overtime only with a resounding majority of 29-3.

Should the score remain tied after each team has had one possession, the game will decided on sudden death as it was in the prior format.

There has been another idea thrown around where a team scoring a touchdown on the first overtime possession should be able to win with a two-point conversion. The Titans originally proposed this change, but withdrew it. The idea is to create an interesting decision of going for the win at the risk of leaving yourself vulnerable if the attempt is no-good. However, discussions with coaches have revealed they are considering going for two in overtime anyway. Enabling this rule would also defeat the main purpose of changing the overtime rules to begin with: ensuring both teams get a possession.

So far, the news of the rule change has been generally positive, though it has not been without its critics. There have been some who said no change needed. There has also been some who say the changes were not far enough.

On one hand, there is the argument that overtime defense is no longer as important. With losing on the first possession no longer a possibility, there is less pressure on the defense for the opening drive.

There are also those saying overtime still has not been fixed. Should both teams score on the first two possessions, sudden death takes place. Then, the same problem that has happened on the first possession is merely delayed to the third possession.

The changes made should be positive ones. Any impact made will have to wait to be seen until next season’s playoffs, should any overtime games happen.

Jack Shivertaker is a senior at the University of Florida pursuing a degree in Journalism with a focus on sports media.
@JackShivertaker
Previous Tiger Woods To Play in the Masters?
Next Roger Goodell talks Deshaun Watson and more