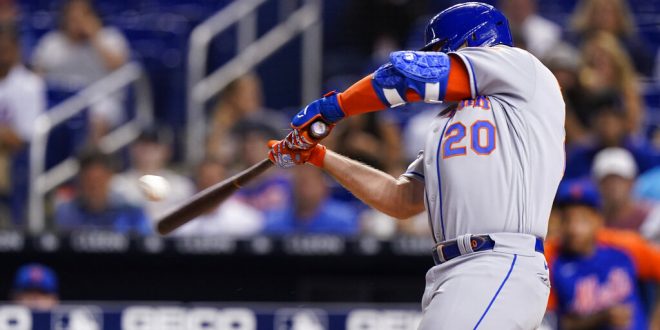 With the 2022 MLB season underway, former Florida Gators look to start the season strong. Opening the season with 11 players in the majors, Florida ranked second in the country. While each of the players continue journeys in the pros, each has had his own set of accomplishments. Here is a look at some of the top Gators in MLB so far this season.

“Polar Bear” Pete Alonso is the starting first baseman for the New York Mets. The 2019 Rookie of the Year and two-time home run derby champion has had a solid start to the season. In the 33 games played, Alonso leads the league in RBIs with 28. Today, he is sporting a batting average of .278, logging in 35 hits, eight home runs and 20 runs. On April 9, Alonso hit his first career grand slam during a game against the Washington Nationals. Accompanied by Alonso’s strong hitting, the New York Mets sit in first place in the NL East with a record of 22-11.

Now Pete Alonso goes yard. It's his eighth in 32 games (and his third in his last three).

It's been a good top of the first for the visitors.

The Cardinals center fielder Harrison Bader made history becoming the first Cardinal player ever to hit an inside-the-park home run on Tuesday in a game against the Baltimore Orioles. Here is a clip of Bader’s historic highlight:

There's a first time for everything!@aybaybader is the FIRST Cardinal to hit an inside-the-park HR in Busch III history! pic.twitter.com/mvJj8bPi4I

Oakland A’s pitcher A.J. Puk came into the league as a top prospect when he was drafted in 2016 with the sixth-overall pick. Since his debut in 2019 however, Puk has struggled to stay healthy. Puk started the 2022 season in the A’s bullpen and has found some success after picking up his first win over the Detroit Tigers on Thursday. He continues to impress with a 1-0 record on the season and an ERA of 0.60 and 15 strikeouts in just 15 innings pitched.

Tampa Bay Rays catcher Mike Zunino continues his stretch as a starter. He holds a batting average of .138 with 9 hits, 5 runs, and 3 home runs. The Tampa Bay Rays sit in second place in the AL East with a record of 19-13 from strong performances from Wander Franco, Randy Arozarena, and Ji-Man Choi.