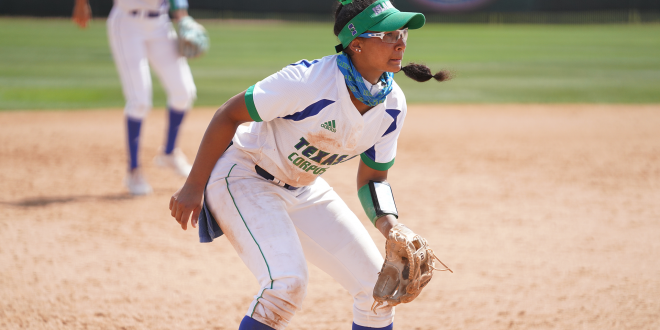 Texas A&M-Corpus Christi’s Pal Egan has decided to join the Gator Softball team. With one more year of eligibility, Egan comes to Florida as a graduate transfer. Head coach Tim Walton announced this on Wednesday afternoon.

The Career of Pal Egan So Far

Egan is from Bakersfield, California, and attended Independence Highschool.

Egan is the first person in her family to go to college.

The first school that she attended was Vernon College in Texas. In her two seasons at Vernon, Egan earned First Team All-Conference honors. She was also named the 2019 Team MVP. Egan had a .612 on-base percentage, a .561 average for hitting, and 1.175 slugging. She had nine doubles, a triple, and eight home runs. Throughout 21 games, she had 36 RBIs. Egan was also named Player of the Week three times. And if that wasn’t enough, she helped softball set the best overall team sports record in program history.

After two seasons at Vernon College, Egan transferred to Texas A&M-Corpus Christi. During her time as an Islander, Egan collected even more accolades. In 2021 she started in 47 of 48 games and was selected for the All-Conference Third-Team. Egan hit for a .299 average and a .811 OPS. She started the season by reaching base safely in all of the first 17 games and had 12 multi-hit games.

In her 2022 season, Eagan was named the Southland Conference Player of the Year. She is the first Islander Softball player to receive this award. She is the only player to start in all 52 games. During this season she tied the program’s single-season record for home runs (12) and doubles (17). Egan also holds the program single-season record for runs scored (48), batting average (.426), and total bases (123). She ended her season with a 29-game streak of reaching base.

Gators Softball fans can look forward to Pal Egan contributing in the infield for the 2023 season. 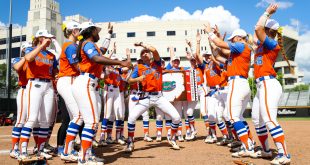