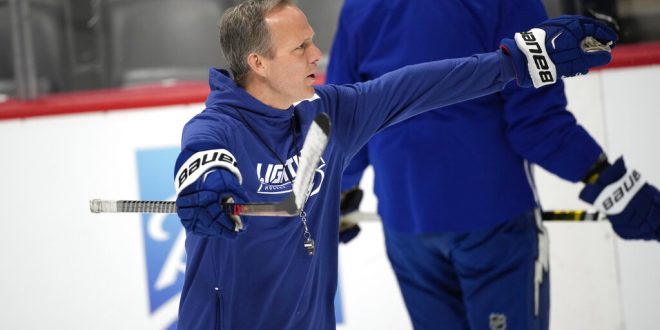 The Tampa Bay Lightning look to accomplish a feat that has not been done in 40 years. The reigning back-to-back Stanley Cup champions are hoping to three-peat for the first time since the New York Islanders did in the 1980s. The Islanders won four straight Cups in 1980, 1981, 1982, and 1983.

However, Tampa knows they have a mountain in front of them when they clash with the Colorado Avalanche.

Different Roads to the Cup

The Colorado Avalanche steamrolled their way into the Stanley Cup Final. After a franchise-record 56 wins and 119 points in the 2021-22 regular season, Colorado soundly defeated each of their three opponents in their capturing of the Campbell Bowl as Western Conference champs.

The Avs swept the Nashville Predators in the first round, followed by defeating the St. Louis Blues in six games and then sweeping the Edmonton Oilers in the Western Conference Final. In total, Colorado has lost just one game on the road and two games altogether.

In contrast, the Lightning clawed their way towards a third straight Stanley Cup Finals appearance. Tampa took it the distance with the Toronto Maple Leafs in seven in the first round, followed by a stunning sweep of the Presidents’ Trophy-winning Florida Panthers in the second round. Then in the Eastern Conference Final, the Bolts overcame a 2-0 deficit to win four straight games and surpass the New York Rangers in six.

The Avalanche are well-rested, having nine days off following their Game 4 victory over Edmonton. The Lightning have four days rest.

On the surface, Colorado is the better team and rightly favored to hoist the Stanley Cup. While both teams have big-name players who rank among the league’s best, the Avalanche’s core is younger and more dynamic at this given moment.

Led by superstars Nathan MacKinnon and Cale Makar, along with stud forward Mikko Rantanen, Colorado has depth on their side. They’ll be laying it all out in the Avs’ quest to capture the Stanley Cup for the first time since 2001.

Tampa Bay’s established core of Steven Stamkos, Nikita Kucherov and Victor Hedman have been down this road plenty before. This will be the trio’s fourth total Stanley Cup Final appearance together in their mission to three-peat.

But for what some give the Lightning the slight edge in this series is the man behind the crease. Tampa has the clear goaltending advantage with Andrei Vasilevskiy in net.

Vasilevskiy, arguably the best netminder in the league, has cemented himself amongst the all-time greats with his exceptional playoff track record. This postseason he sports a .928 save percentage and a goals-against-average of 2.27. Without him, there’s a strong possibility Tampa Bay would not be sitting here.

Tampa will also receive a significant boost with the potential return of Brayden Point. Point, a player known for his postseason excellence, has been out with a lower-body injury since Game 7 of the first round against Toronto. Head coach Jon Cooper said “there’s a chance” Point plays in Game 1 against Colorado.

The 2022 Stanley Cup Final is certainly as advertised: a matchup between two of the NHL’s best teams.

Will the veteran leadership of the Tampa Bay Lightning continue to demonstrate their championship pedigree and raise the Lord Stanley for the third consecutive season? Or will the well-oiled Colorado Avalanche machine resume their dominant playoff run and skate with the Cup for the first time in over twenty years?

Only time will tell.