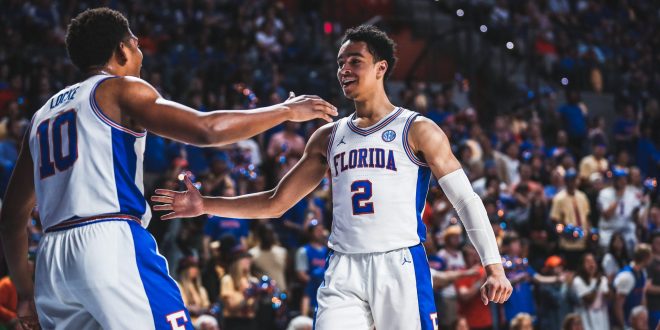 With the 31st pick in the 2022 NBA Draft, the Indiana Pacers selected former Florida Gator and Gonzaga Bulldog Andrew Nembhard, and he just got paid. On Wednesday, Nembhard signed a deal with the Pacers worth $8.6 million, with $6.4 million guaranteed for the first three years making him the highest paid second-round pick out of college.

Andrew Nembhard, the No. 31 pick in the 2022 NBA draft, has agreed to a 4 year, 8.6 million dollar deal with the Indiana Pacers, his agents Jaafar Choufani and Todd Ramasar told ESPN. The deal guarantees 6.4 million in the first 3 years, the most ever for a collegiate 2nd rounder pic.twitter.com/uOVStpLOdp

Nembhard had a long collegiate career playing all four years; two with Florida and two with Gonzaga. In his freshman year, at the University of Florida, Nembhard made the 2019 SEC All-Freshman team. During that season, Nembhard averaged 8.0 points, 5.4 assists and 2.9 rebounds in 36 games. He became the first freshman since Bradley Beal to start in every game for the Gators. In his Sophomore season with UF, Nembhard averaged 11.2 points, 5.6 assists and 3.0 rebounds.

After transferring to Gonzaga his junior year, Nembhard earned a spot on the All-WCC Second Team and also earned WCC Sixth Man of the Year honors. He started in 16 out of 32 games for the Bulldogs and averaged 9.2 points, 4.4 assists and 2.4 rebounds helping to lead Gonzaga all the way to the National Championship. In his senior season this past year, Nembhard racked up all the feats. He was named to the All-WCC First Team, and the First-Team All-Tournament after being crowned the WCC Tournament Most Outstanding Player. He helped lead the Bulldogs to a WCC championship and the Sweet Sixteen of the 2022 NCAA Tournament. Nembhard averaged 11.8 points, 5.8 assists and 3.4 rebounds in his final collegiate season. Overall in his college career, he averaged 10.0 points, 5.3 assists, and 2.9 rebounds before heading to the NBA Draft.

After the Pacers drafted Nembhard, he traveled to Las Vegas to participate in the NBA2K23 Summer League. He suited up alongside fellow Pacers draftees Bennedict Mathurin and Kendall Brown. Nembhard averaged 6.6 points, 5.0 assists and 2.8 rebounds in 5 summer league games. The pacers finished 21st in summer league standings.

Kennedy Chandler, who was drafted 38th to the Grizzlies this year previously held the record with a 4-year $7.1 million contract and $4.94 million guaranteed that was signed on July 6. That record did not last long. Per Bobby Marks, Nembhard’s contract guarantees him more money that those who were drafted 18-30 in the first round this year.

The contract also has more guaranteed money than picks 18-30 in the first rd and allows Nembhard to hit FA possibly in 1 less year.

One of the best second rd. contracts that I’ve seen. https://t.co/KFAmyzOQ1s

Andrew Nembhard has shown his whole life that he makes an impact and helps teams win. Nembhard’s contract may have implications for future NBA prospects that may change up the route they take to the league. 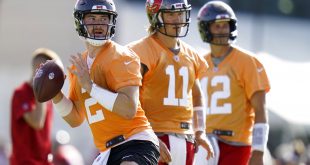