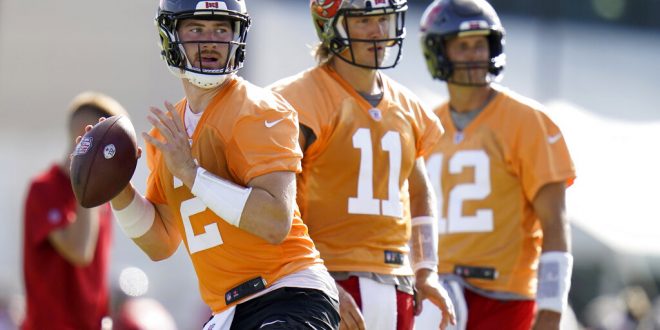 Former Gator quarterback Kyle Trask is going into his second year in the NFL with the Tampa Bay Buccaneers. Now, it looks like he may be getting some more playing time during training camp.

Trask was thought of as an emergency backup in his rookie season and did not play a regular season snap. He was behind all-time great, Tom Brady, and backup Blaine Gabbert in 2021. During this upcoming preseason, Trask is looking to compete against Gabbert to win the backup job.

Full Day of Reps for Trask

Kyle Trask was able to share a significant amount of snaps with with Gabbert on Friday as Brady had a rest day.

As he was able to put in a good amount of reps on Friday, Trask impressed head coach Todd Bowles and some of his teammates. Bowles said that what impressed him the most was Trask’s “decisiveness” in the pocket. He said that Trask knew “where to go with the ball” and was “comfortable in the huddle.” Bowles also mentioned that “commanding the offense was nice for both him and Blaine.”

These words are promising to hear from a head coach. Especially the ladder part about “commanding the offense.” This is very impressive for a young quarterback, like Trask, who is participating in just his second professional training camp.

Veteran wide receiver, Russell Gage, also had some kind words for Kyle Trask. When asked about how practice was without Brady at quarterback, Gage said that “it was great.” He continued by saying “we didn’t miss a beat. We were out there, the tempo’s up.”

The receiver is going into his fifth year in the NFL, and his first in Tampa Bay after signing a three year contract in the offseason. With Mike Evans and Chris Godwin returning, and the addition of Julio Jones, Gage will most likely be the fourth option at wideout. This will allow him to get more reps with Trask, which will be very helpful for the young quarterback.

One of Trask’s best plays on Friday was a touchdown pass to Kaylon Geiger at the end of a two-minute drill he executed to perfection. He also had a deep completion to third-year wideout Tyler Johnson, who was covered tightly.

Trask has showed he is up for the battle with Gabbert for the number 2 role. He has presented a great initiative by showing first among the quarterbacks to almost every day of training camp thus far.

Kyle Trask is the first Bucs QB on the field throwing as Day 5 of training camp begins. First session with pads. pic.twitter.com/dzQQq3JkRV

Blaine Gabbert is going into his 11th season in the NFL and has been a backup for most of his career. He is accustomed to this role and has played it well for five different franchises. While Gabbert is a trustworthy backup for the Buccaneers, Trask is an up-and-coming quarterback who showed a lot of promise in his college career at Florida and at practice through his first NFL season.

Recently, the Buccaneers’ quarterback coach, Clyde Christensen, said that he doesn’t think Trask will be able to compete for the backup job with Gabbert. However, head coach Todd Bowles has said otherwise. He said that Trask will definitely have the opportunity to battle with Gabbert for the No. 2 position.

Tampa Bay’s general manager, Jason Licht, has also said he would like to see what Trask can do. He wants to see the improvements Trask has made from his rookie season to his second. When asked about Trask’s playing time this preseason, Licht said that “he’s going to play a lot.”

The Tampa Bay Buccaneers will begin their preseason in less than two weeks. They face off against the Miami Dolphins on August 13th at home.

With Trask looking to make a big jump in 2022, he hopes to get a significant amount of snaps in the preseason to show he is ready for the backup job. 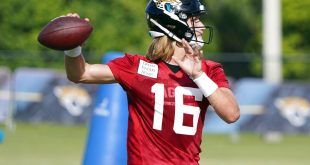