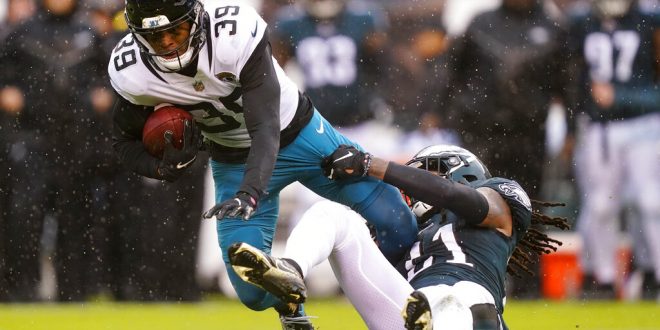 The Jacksonville Jaguars are set to host the Houston Texans Sunday afternoon.

Back at The Bank!@BaptistHealthJx | #DUUUVAL

A win in Duval would be the team’s first against the Texans since a 45-7 domination in December 2017. Last season, the Texans beat the Jaguars by two touchdowns or more in each of their two matchups. The first game had a score of 37-21 and the second game 30-16.

Lawrence and the Jags

The Jags currently find themselves at the top of the AFC South rankings and enter week five with a record of 2-2. Under first-year head coach Doug Pederson, Jacksonville has had their strongest start to the season since 2018.

For Lawrence, he’s shown improvement in his sophomore campaign. In week three, he earned himself the accolade of AFC Offensive Player of the Week after leading the Jags to an impressive 38-10 win against the Los Angeles Chargers. He’s recorded eight touchdowns and 946 passing yards, so far this season.

This week, the Jaguars are trying to regain their momentum after coming off of a 29-21 loss to the Philidelphia Eagles.

The Jags performance in Philadelphia seemed promising with a 14-point lead at the end of the first quarter. However, they were later outplayed by the undefeated Eagles. Lawrence threw for two touchdowns but committed five turnovers. Out of those possession changes, four were fumbles.

After a 34-24 loss against the Chargers in week four, Houston (0-3-1) turns to Sunday in hopes of winning their first game of the season. A victory would end a three-game losing streak and likely bring a much-needed wind of energy to the struggling team.

Both teams are filled with fresh faces and promising talent.

For the Texans, eyes will be on third round draft pick Derek Stingley Jr. The rookie cornerback has been a driving force on Houston’s defense, currently having the most targets out of anyone on the squad. Stingley is currently listed on Houston’s injury report after an arm injury over the weekend, but he’s expected to play on Sunday.

Former Gators running back Dameon Pierce is another powerhouse to watch. The Houston running back had 131 rushing yards against the Chargers, including a 75-yard touchdown run. His performance in Los Angeles has made him a key player to utilize on Houston’s offense.

Kickoff for this AFC South game is slated for Sunday at 1 p.m. in Jacksonville.

Previous Through The Wire
Next Gators Host Missouri in Homecoming Game