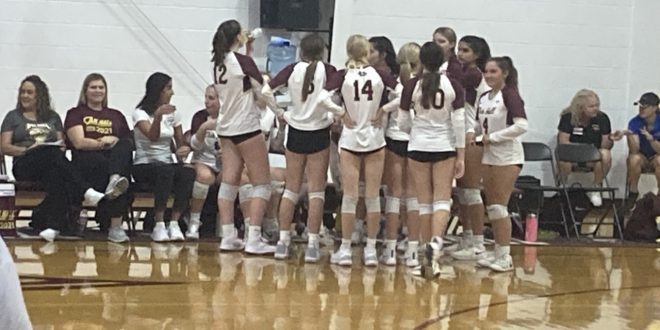 Oak Hall continued their impressive playoff run against St. John Paul II. The Eagles, coming off back-to-back match sweeps, looked to extend their hot streak against the incoming Panthers. In a match dominated at the serve, Oak Hall was able to advance to the next round of the playoffs with ease.

The Eagles fired out of the gate going on a 6-0 run, spearheaded by freshman Haley Janes’ three aces. The Panthers managed to end the scoring drought behind an emphatic kill by junior Ava Lake. However, St. John Paul II struggled to gain momentum, unable to control Oak Hall’s serves; they were forced to call timeout with the score at 14-8. The Panthers used the quick break to their advantage, capitalizing on an Oak Hall miscommunication. From there, sophomore Blakely Naumann totaled five aces, allowing St. John Paul II to close the lead to 15-14. With the momentum seemingly shifted, the Eagles looked to recapture control of the serve and match. A Panther’s error allowed for Oak Hall to reestablish supremacy, as the Eagles continued to dominate off serves. With newfound momentum, Janes earned four more aces, ending set one 25-14.

Oak Hall dominated set two early behind junior Penne Moser, whose three kills gave them an early 3-1 advantage. From there, the Eagles continued to batter down St. John Paul II, preventing them from cleanly returning the ball. Luckily for the Panthers, a service error by Janes allowed them to mount a brief run, closing the lead to 10-7. Any hope that the Panthers exuded was cut short by Moser with an emphatic kill, forcing yet another timeout with the score 14-8. Following the stoppage, the Eagles reaffirmed their serving prowess with another five aces to effectively end the set in dominant fashion, 25-18.

In set three Oak Hall’s game plan to control the serve remained the same. The Eagles continued to tally up aces, preventing the Panthers from assembling winning rallies. Moser led the Eagles on an early run with two more kills, pushing the lead to 8-3. She also contributed to Oak Hall’s dominant performance at the serve, with two aces of her own. With the Eagles’ errors few and far between, the Panthers looked incapable of stringing together scoring runs, forcing a timeout to be called with the score at 15-9. St. John Paul II struggled to find energy coming out of the timeout, allowing the Eagles to build their lead. Kills by sophomore Cassidy McDonald and Moser ended the Panther’s playoff run with little resistance, 25-16.

Oak Hall looks to continue to sweep their competition through their relentless possession control and serving. The Eagles advance to the next round, with a match against Harvest Community. The match will be Friday, Oct. 28. 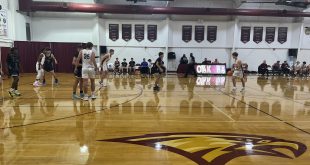