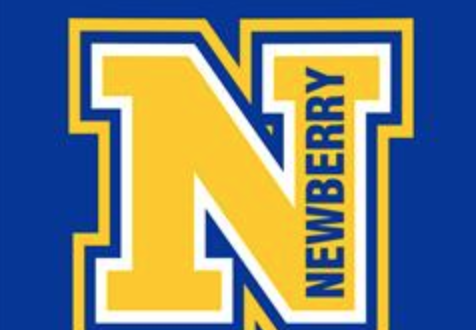 The Newberry Lady Panthers take home their fourth victory by a 30 (or more) point margin this season. The Lady Panthers showed dominance on both sides of the ball, defeating the Eastside Lady Rams 61-31.

Neither Squad Can Find an Edge

The first quarter of this game was as competitive as the game would be. The pace of play was extremely quick and both teams were living and dying by the fast break. Brandy Whitfield immediately drained a three to begin the game, putting Newberry up 3-0. From here, each time one team would score, the other would answer.

Both teams were playing extremely dribble happy and constantly turning the ball over. Deasia Bryant was doing work in the paint, securing the offensive rebound after offensive rebound, giving Newberry valuable second-chance points. Whitfield displayed her court vision throughout the first, showing she is as much of a playmaker as she is a scorer. Whitfield had multiple assists in the first, pushing her teammates to be better like a young Sue Bird. Both teams fought valiantly to the end of the quarter, walking back to their benches tied up at 14.

Deasia Bryant hits a clean layup after some nice ball movement by the Panthers to put them ahead of the Lady Rams 8-7 early in the 1st quarter pic.twitter.com/SCaDioAk8V

One of these teams, either the Lady Panthers or the Lady Rams, needed to separate themselves from their foe in some way. Newberry set the tone early and often, pulling the trigger from deep and finding their target. Newberry scored 14 consecutive points in the second before Eastside was able to find the basket, and this was largely due to their lethal guard combo.

Evalyn Guild and Brandy Whitfield caught fire in the second and just could not miss. Guild and Whitfield accounted for 10 of the 14 points Newberry scored in the second, most of these points coming from deep twos or threes. Upon this elite backcourt performance, Newberry found themselves ahead 28-17 heading into the second half.

Sarah Beaulieu hits a floater half way through the second quarter to extend the Newberry Panthers lead to 23-14 over the Eastside Lady Rams pic.twitter.com/4OJIPQ7bgC

The Lady Panthers Pull Away

Newberry looked to continue imposing their will upon Eastside in the second half, and they did just that. The women of the Lady Panthers looked to be an extension of one another, playing entirely in sync. They were dominating the game in every aspect, but their rebounding really told the story. Newberry snatched five offensive boards out of the air in just one possession, refusing to let the ball in the basket.

The Lady Rams were noticeably distressed, rushing their game and giving the ball up through causeless turnovers; Eastside was becoming their own worst enemy. The Lady Panthers, on the other hand, were sticking to the fundamentals and playing beautiful basketball. They went six for six from the charity stripe, taking high-percentage shots from in close and drawing fouls. Newberry’s high level of play propelled them to a 44-22 lead as the time in the third quarter expired.

This layup by Alexis Boyd puts the Panthers up 38-19 mid way through the 3rd pic.twitter.com/VcmgtSRG1R

And that’s a Wrap

Heading into the fourth, Eastside was staring at a near-impossible deficit to climb, and impossible that deficit proved to be. Newberry continued to put up points mercilessly, not stopping until the clock hit zero. Natreana Akanni emerged as the team’s centerpiece in the fourth, finding a fire within her that had not been released early on in the game. Akanni continued to score possession after possession, showing off incredible handles and shot-making ability. She pulled a ridiculous in and out, out of her bag to shake her defender and drain a deep two. With this shot, the dagger was fully thrust into the Rams, as there was no hope of coming back. The Panther bench went into a frenzy and the celebrations did not stop there.

As the clock expired, Bryant converted on an and-one layup to finalize what had been a dominating night for the Lady Panthers. The Newberry Lady Panthers had defeated the Eastside Lady Rams 61-31.

Deasia Bryant with an and-one to end the game. Newberry Panthers beat the Eastside Lady Rams 61-31 on the road. The Panthers were rolling on offense and defense and the entire team played a part in the blowout win pic.twitter.com/aZjpLv1Ikc

Coach Hughes Likes What He Saw

After the game, Newberry Head Coach Dameon Hughes commented on the squad’s complete performance on the night.

This Tuesday, the Lady Panthers take on the Santa Fe Lady Raiders, hoping to complete the season sweep. Newberry dismantled the Raiders in their last matchup 57-32 and hopes to do the same on Tuesday. Santa Fe, who’s started the year 0-2, is looking to tally their first victory of the season over the Newberry Lady Panthers.