The Florida men’s basketball team will play in the NCAA Tournament starting on Friday as a seven seed in the West Region and will face 10 seed Virgina from the ACC in its first  game on Friday in Omaha, Nebraska.

Florida is one of four SEC teams to make the NCAA Tournament field; Kentucky is the overall number one seed for the tournament and is in the South Region.  Vanderbilt, the SEC Tournament champions, are in the East Region as a five seed with a second round matchup against Harvard as a 12 seed.

Alabama is a nine seed in the Midwest Region and it will take on eighth seed Creighton University on Friday.

Two other Florida teams made the field.   Florida State, the ACC Tournament champions, will face St. Bonaventure in the second round as the Seminoles are a three seed.   South Florida also made the field but will have to play in a game against Cal to advance to second round play.

Kentucky, Syracuse, North Carolina and Michigan State are the number one seeds for this year’s tournament. 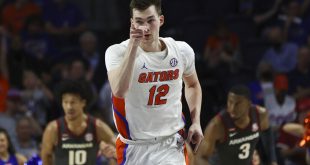 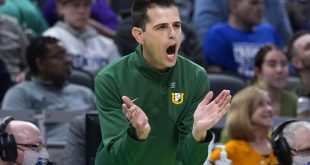 Stricklin and the Golden Era