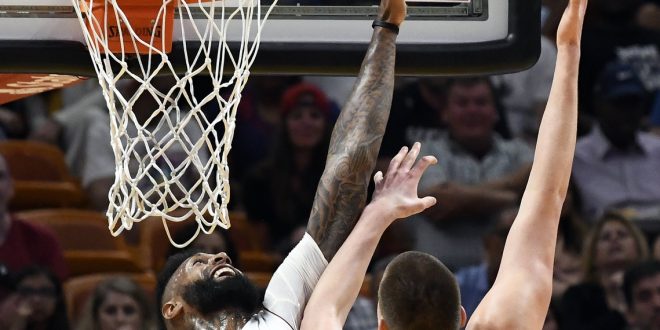 The Miami Heat suffered a loss last night, losing to the Denver Nuggets 116-113. Despite losing the last two home games, the Heat (37-40) are still holding on to the No. 8 seed in the East. The Heat only led for 52 seconds, never by more than a point and are now 0-8 on Sundays.

The HEAT came up shy last night against the Nuggets, 113-116. Catch up with the @ONESIR game recap. pic.twitter.com/m3NBcB6oIx

Goran Dragić had a quick start in the game and led the way for the Heat with 22 points. He also contributed with 8-of-15 shooting and dished out six assists. Dragić says if they let their opponents have their way offensively, they will not be able to win games. Josh Richardson had 17 points, while Hassan Whiteside had 16 points and 12 rebounds for the Heat. Whiteside became the first Heat player to record 1,000 points and 1,000 rebounds in a season. Whiteside says that when guys start to play selfish basketball, that is what hurts the team the most.

Another record for the Heat was with Rodney McGruder. He became the eighth player to start 60 game for Miami as a rookie.

The Heat will travel on Wednesday to Charlotte to face off against the Hornets. This will be the start of a three-game, four-night swing where they will meet the Toronto Raptors on Friday and then the Washington Wizards on Saturday. The Heat will play again at home on April 10th.