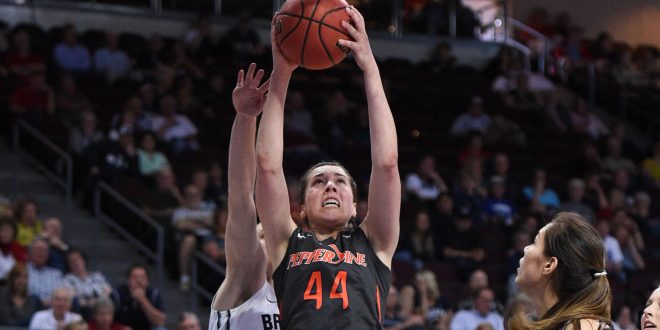 DeLisha Milton-Jones has been promoted to the head coaching job for the Pepperdine Waves. She will be replacing Ryan Weisenberg, who had a combined record of 28-94 over four years. DeLisha joined the Waves this past season after retiring from the WNBA after 17 years.

Milton-Jones first joined the staff of Pepperdine as an assistant coach. After her arrival, the Waves finished the season with a 7-23 record. Pepperdine is a Division 1 basketball program in the Western Coast Conference. Despite the poor performance this past season from the Waves, they do have a winning record as a program.

The Waves overall record is 627-602 since they began play in 1975. They have made the NCAA tournament four times and the WNIT five times, with a majority of their appearances coming in the past decade.

Pepperdine hope to move past what was a poor season and get back on a winning track. The team’s investment in their new head coach is a good start. Here’s a look at Milton-Jones’ pedigree.

DeLisha Milton-Jones grew up in Hinesville, Georgia where she played high school ball for the Bradwell Institute Tigers. After graduating Bradwell in 1993, she went to the University of Florida to continue her playing career.

She played at the university for four years from 1993-1997 under head coach Carol Ross. While playing for the Gators, she led them to four consecutive NCAA appearances. Then her during her senior year, she was recognized as an All-American. She was also the recipient of the Honda Sports Award and the Wade Trophy.

After leaving her legacy in college, she then went on to play in the WNBA. Coming out of college she was drafted in the first round, going fourth overall to the Los Angeles Sparks.

While playing professionally, she played for six different teams with her final team being the Atlanta Dream from 2014-2015. Milton-Jones ended her playing career being a two-time WNBA champion and a three-time WNBA all-star.

She may not have much coaching experience, but there’s no denying she does know the game of basketball. By bringing her talents to Pepperdine, the team hopes she can leave their losing season around and get back to the program’s better days.