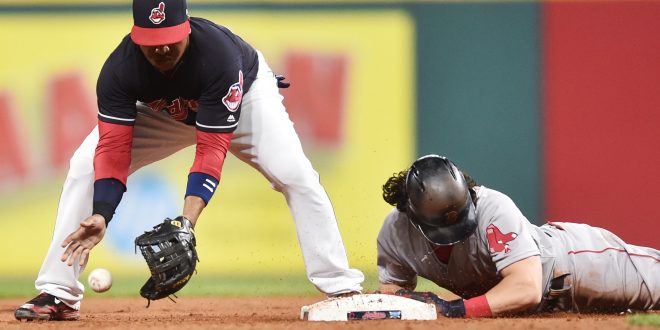 The MLB season is reaching its final home stretch, with each team having about 35-40 games remaining in the season. While teams on the lower ends of the standings use this time to evaluate their young talent, organizations in the playoff hunt are trying to squeeze the best baseball out of their players. A few key games can mean the difference between partaking in the post-season contests or watching them on a couch. Here’s how things are shaping up across the tighter divisions in the league.

The Boston Red Sox (72-53) hold a 4.5 game lead over the NY Yankees (67-57) after both teams have alternated control of the division throughout the season. Boston has used a 7-3 stretch over its last 10 games to add to that edge. Despite an injury to Dustin Pedroia, the Red Sox have remained hot with great starting pitching that they can utilize late into games. Last night’s 9-1 victory over the Cleveland Indians showcased just that, as Doug Fister allowed just one run in the first inning off a lead-off home run to Fransisco Lindor. Outfielder Jackie Bradley highlights a powerful batting lineup with the sixth highest team , as he did with a dinger of his own Tuesday night against the Indians.

Meanwhile, the Yankees hold the first wild card slot. While Aaron Judge has cooled off, their main focus is remaining healthy. The team has a multitude of injuries to pitchers and position players. Yet they remain competitive, which is a big milestone for a club that hopes to propel themselves into the playoffs and give themselves a chance.

Looking over the Yanks’ shoulder is the Tampa Bay Rays, who are just four games out of the final wild card spot. They’ve slumped recently with a 3-7 mark in its last 10 games, but at 62-65, one hot stretch could really help out their playoff push.

One of the slimmer division races in the league, the AL Central still has three teams with their eyes on the division crown. At the top sits the Cleveland Indians at 69-55. Although they were stifled yesterday against the Red Sox, Cleveland has remained strong as of late. A healthy Andrew Miller could work wonders for the Indians, who already own the third- lowest team ERA at 3.65. Head coach Terry Francona says they may have to return to the drawing board for the Gaineville native and PK Yonge alum.

Four games back sits the Minnesota Twins (65-60), who controlled the division in the first half of the season but began to come back down to earth after the All-Star break. They hold the final wild card spot in the in AL, but only by a slim 1/2 game. Many considered Minnesota to be in full rebuild mode, so even to be playing meaningful baseball at this time of year is an accomplishment. The Twins have utilized a top-10 defense to keep opponents from getting in a comfortable groove.

And somehow still active in the hunt is the Kansas City Royals, who started out the year with struggles but have slowly brought themselves back to a respectable 63-61. the Royals sit just a 1.5 back of the Twins and have gone 6-4 in their last 10 games.

The Washington Nationals control this division with a 13.5 game lead over the Miami Marlins, meaning they’ll likely cruise to a division pennant. The Marlins still remain competitive in the wild card race, however, as they sit just five games back of the final wild card spot. The Nats contain one of the league’s most

explosive offenses, with nearly every player in the lineup able to send the ball far. Even 31 year old Matt Weiters has had a solid year, capped off with a two run homer Tuesday night against the Astros. That was his ninth on the season.

The Marlins have used the incredibly hot bat of Giancarlo Stanton, whose league leading 45 home runs has ignited the team and created a buzz that didn’t exist earlier in the season.

This year has also been a breakout season for left fielder Marcell Ozuna. The Dominican born player has already hit a career-high 29 home runs and fed off the energy that Stanton has created.

While the LA Dodgers control the division by 21 games, both the Colorado Rockies and the Arizona Diamondbacks haven’t been teams to scoff at. Both teams control wild card spots but need to maintain their strong play in order to play October baseball. The Milwaukee Brewers, St. Louis Cardinals and Marlins are all trailing by just a few games.

The Rockies have slumped very hard after an incredibly hot start, going 3-7 in their last 10 with three straight losses. At 69-57, the team needs to string together consistent wins to push themselves above the D-Backs, who are just a half game up on Colorado and haven’t fared much better.