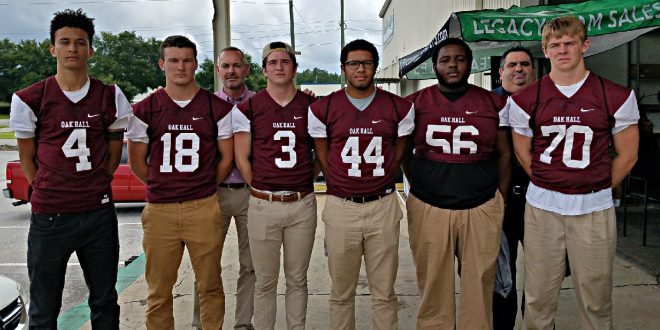 Oak Hall Takes on Florida School for the Deaf Tonight

High school football is back. Oak Hall will kick off the season tonight in their first home game against the Florida School for the Deaf. Last year, the Eagles went undefeated, and Oak Hall was named conference champion. This marks head coach Matthew DiBernardo’s third season with the team, losing just twice in his first two seasons.

This season, the Eagles have a whole new team as most of the players last year were seniors. Coach DiBernardo says that the team has only eight returning players. Quarterback Matt Armstrong is among the eight players who will be returning in tonight’s game. Coming into his senior year, coach DiBernardo says he expects Armstrong to lead the way.

Matthew Armstrong showed he can spin it today. He is one of the best QBs in the region. Has some wepons in Gill, Saunders, and DiBernardo

Other star players include junior Thomas George, who was first-team all-state for independents on offensive line in 2016. This season, George will move to fullback. Senior offensive tackle Zach Bryan will help maintain the offensive line, while the Eagles defense is led by senior linebacker Trey Saunders. Coach DiBernardo knows he has a young team, but believes they can improve immensely over the years.

Tonight’s game will help determine how the Eagles will match up during the rest of the season. Coach DiBernardo doesn’t know what to expect about tonight’s opposition, since they didn’t get to play a kickoff classic.

The Eagles are ranked 12th out of 21 teams in the Sun’s preseason poll. Kickoff is set for 7 P.M. 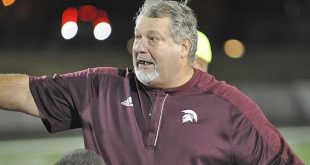 There is a new era beginning in the Williston Middle High School football program. The …