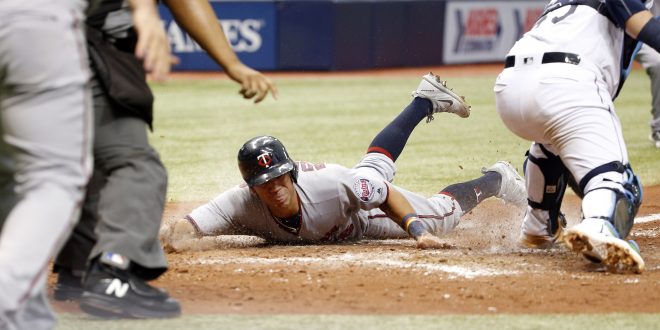 This week, the Tampa Bay Rays hosted the Minnesota Twins for a three-game series at Tropicana field. The Rays won the overall series, but lost the last game against the Twins. The Rays started the series strong with an 11-4 victory, followed by the another 2-1 win. However, even though the Rays had early success, the Minnesota Twins ended the series with a strong 10-6 win.

Despite their strong start, Tampa Bay’s loss last night could influence the Rays’ wild card standing as the end of the regular season approaches. The Rays are still fighting and will head into another three-game series against the Boston Red Sox tomorrow. Back in August, the Red Sox and Rays also went head-to-head with a two-game series. The Red Sox won that series with a 2-0 victory followed by a 8-2 victory. With the Red Sox going into the series with a record of 79-61, the Tampa Bay Rays are looking for an upset this weekend in order to move up the wild card ladder.

Time will tell whether the Rays can bounce back in time to increase their odds for a wild card spot. First pitch of the series’ first game between the Red Sox and Rays is set for tomorrow at 7:10 pm.