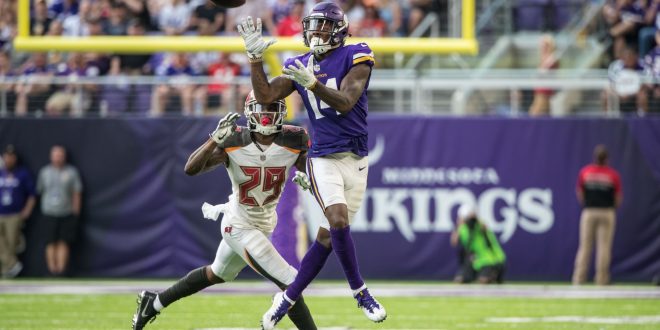 Tampa Bay Bucs Fall in Loss to the Minnesota Vikings

Just one week after beating the Chicago Bears, the Tampa Bay Bucs are 1-1. Although the team looked confident heading into their first road game, the Minnesota Vikings dominated the field from the start. It is just one loss, but fans are already wondering: Did Minnesota have a good game or did the Bucs have a bad one? Take a look at some factors to the loss below.

The Bucs Rely On a Small Group

On Sunday, Tampa Bay’s big man looked shaky. Against Minnesota, Jameis Winston threw for 328 yards. Comparatively, he threw for 204 against Chicago. But, Sunday’s extra yards failed to help out the team in a meaningful way. Winston was responsible for his team’s two touchdowns. But, he also threw three interceptions. For perspective, this is only the fourth game ever for Winston to throw three or more interceptions.

Wide receiver Mike Evans did not step up in Winston’s absence. The typically dazzling Evans fell short, only catching for 67 yards during the game. Thankfully, new receiver DeSean Jackson was able to pick up some of Evans’ slack. Jackson scored his first touchdown as a Buccaneer off of a pass from Winston. In addition to his time on the field, Jackson showed leadership post-game as well.

Tough loss but will bounce bac next week ' Great to touch that zone for the first time as a Buc… https://t.co/MLZKPLYhI2

Rounding out the Bucs’ lackluster offensive game was running back Jacquizz Rodgers. Rodgers averaged an embarrassing three yards per carry against the Vikings.

However, the offense may not have been the most telling part of the Buccaneers’ game. Three starters out and three more injured left some holes in the defense, and it showed. The defense allowed 27 more points against the Vikings than the Bears.

It may have just been an off week for Tampa Bay. Either that or Minnesota just balled out.

And ball out they did. The Vikings used backup quarterback Case Keenum in possibly the best decision of the weekend. Keenum showed his capability, passing for three touchdowns and a career-high 369 yards. The formerly undrafted quarterback analyzed the field throughout the game, looking for ways to score wherever he could.

But, Keenum had a ton of help. While the Bucs’ top receiver fell flat, the Vikings’ went crazy. Stefon Diggs caught eight passes for a whopping 173 yards and two touchdowns. For reference, that’s almost 120 more yards than Mike Evans. Diggs was not just hungry; he was starving. Starving for the opportunity to cement himself as a star. And he just might have. Diggs played pro-level ball with college-level heart and was arguably the key to Minnesota’s win.

Besides Keenum and Diggs, one more Viking made all the difference. Former FSU running back Dalvin Cook has been consistently showing out in his rookie season. But, speculation about a chip on his shoulder against the Bucs is an interesting angle. Miami native Cook was a heavy favorite to go 19 to Tampa Bay in the 2017 NFL Draft. However, the Bucs snagged Alabama’s O.J Howard, and Cook fell to Round 2. It looks to be Tampa’s loss though. Cook ran for 97 yards and scored a touchdown in the first four minutes of the game.

Can the Bucs Bounce Back?

Last week, the Bucs were touted as a Super Bowl team. This week, people are fearing for the rest of the season. The success of the Bucs is too early to be determined, but next week’s game can paint a clearer picture. They will host the 0-3 New York Giants next Sunday. 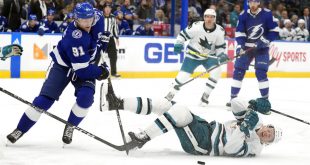 The Tampa Bay Lightning now sit at 32-16-2 on the season after suffering back-to-back losses. …