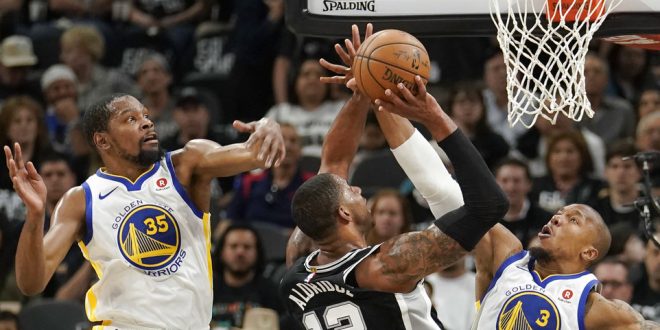 Messina Gets Win Filling in for Popovich

This is a very emotional time for the San Antonio Spurs as they mourn the passing of Erin Popovich, the wife of head coach Gregg Popovich. Popovich left the team after game two of the series. Assistant coach Ettore Messina, who has been with the Spurs since 2014, took over as the Spurs’ interim head coach. This is Messina’s first career playoff victory as a head coach, although it won’t officially count on his record. After the game, Messina said that the Spurs are “emotionally empty” considering the circumstances.

Messina is likely to get a lot of interest from other NBA teams this offseason for a head coaching position.

In his 16th NBA season, Manu Ginobili was the star of the night for San Antonio. Ginobili scored 16 points off the bench along with 5 assists and 3 rebounds. He became the only player in NBA history to score double-digit points off the bench in a playoff game at the age of 40 or higher. Ginobili, who used to play for Ettore Messina in Italy, scored 10 of his 16 points in the fourth quarter and had some vintage Manu moments.

In addition, Ginobili and Tony Parker made history as teammates in the win. The legendary duo won their 132nd playoff game as teammates, which is the most in NBA history. Ginobili said that ball movement was key to the Spurs’ win.

LaMarcus Aldridge was San Antonio’s best player in the regular season and the postseason has been no different. Aldridge is averaging 22 points, 8.5 rebounds and 2 assists per game in the series. In the game 4 victory, Aldridge put up 22 points and 10 boards and went 3-3 from the three-point line. The Spurs’ big man also hit the biggest shot of the night. After the Warriors cut the San Antonio lead to just four, Aldridge hit a rainbow three off the backboard to put the Spurs up by seven with 4:21 remaining in the game. From there, the Spurs would never look back.

The Warriors went ice cold in game 4. As a team, they shot 38 percent from the field and only 25 percent from three. Kevin Durant was their leading scorer with 34 points, but the rest of the team had offensive struggles the whole night. Klay Thompson had 12 points on just 4-16 shooting and Shaun Livingston was the only other double-digit scorer for Golden State with 10 points off the bench. Draymond Green had only 9 points on 4-14 shooting, although he did have 18 rebounds and 9 assists on the night.

Warriors’ coach Steve Kerr said that game 4 was a “weird game” and that they will learn from the loss.

Game 5 will be Tuesday night at 10:30 p.m. in Oakland as the Warriors try to clinch the series win and the Spurs try to extend their season. Coverage will be on TNT.

Previous Cavs Edge Pacers 104-100 To Tie Series
Next Rays Get a Walk-Off Win, While Marlins Continue To Struggle Late