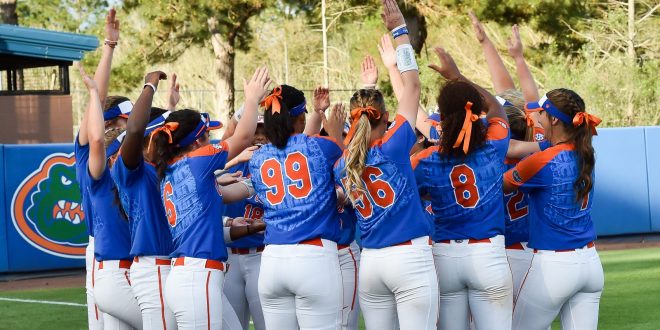 Therefore, Florida plays the winner of USF and Ohio State on Sunday if they beat the Wildcats. The winners of the Gainesville Regional and College Station Regional will play in the Gainesville Super Regional May 25-27.

The Gators have hosted an NCAA Regional every year under head coach Tim Walton. The team is 38-19 all-time in NCAA Regionals, with the last 13 wins by Florida being shutouts. The Gators hold a 16-2 record against the Bethune-Cookman Wildcats. Additionally, Florida is 2-0 against the Ohio State Buckeyes and 45-13 versus USF. The Gators went undefeated in the regular season against USF, outscoring the Bulls 23-3 in two games.

For the 4th time in program history, the @FloridaGators are @SEC Tournament Champs! https://t.co/fSyDjjpRlt pic.twitter.com/SBu8CkRus0

Several players have been honored after Florida sealed its fourth SEC Tournament win. Amanda Lorenz and Kelly Barnhill are in the running for the 2018 USA Softball Collegiate Player of the Year.

Furthermore, Barnhill and Kayli Kvistad are on the Google Cloud Academic All-District Softball Team as selected by College Sports Information Directors of America for a second consecutive year.

Sports Journalist @ESPNGainesville, @VAVEL, @VAVEL_USA, @WUFTNews. Telecom at @UF. Miami Aficionado. Views are my own. RT's ≠ endorsements.
Previous Mississippi State Rallies to Beat Gators
Next Gators Men’s Tennis Looking to Be Sweet in Round of 16