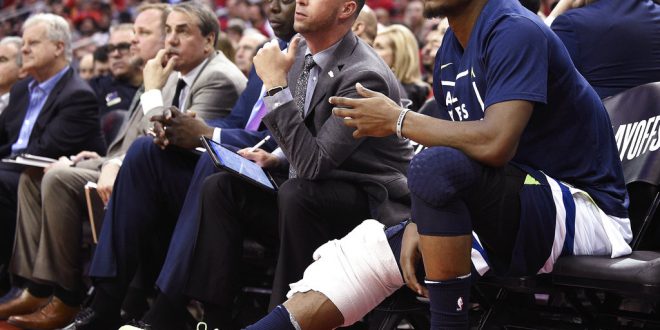 Jimmy Butler has a Heated Practice with Minnesota Timberwolves

In his first practice back, he was fearless in challenging his coaches, his teammates, and General manager Scott Layden. Butler even yelled at Layden, “You can’t win without me,” according to sources.

While some were taken aback by his antics, other teammates were in awe of the energy he brought to the court. Sources say he would take control in the scrimmages, surrounding himself with bench players as they took down the regular starters.

Butler ended the practice by storming out of the gym immediately after the final scrimmage. This was his first return to practice sessions since he requested a trade three weeks ago – clearly, it was an emotional one.

In a post-practice interview, Butler didn’t deny the fact he was hard on his teammates and coaches.

“I haven’t played basketball in so long and I’m so passionate and I love the game, and I don’t do it for any other reason except for to compete and go up against the best to try to prove that I can hang,” he said. “All my emotion came out at one time.”

But now, it seems clear Butler still wants out of the organization.

He acknowledges that the way he went about challenging his teammates and coaches wasn’t right.

“But I can’t control that when I’m out there competing,” he said. “Like that’s my love for the game, that’s raw me.”

He also said that if anyone had an issue with his actions, they should have been honest at practice – just as he was honest about his feelings with everyone else.

“If you didn’t like the way I handled myself in practice, one of the players come up to me,” Butler said. “Somebody say something, anybody. I’m not gonna take it as offense, it’s not personal.”

He is not confident that things will get better with Timberwolves.

Butler said he plans to practice with the team Thursday.