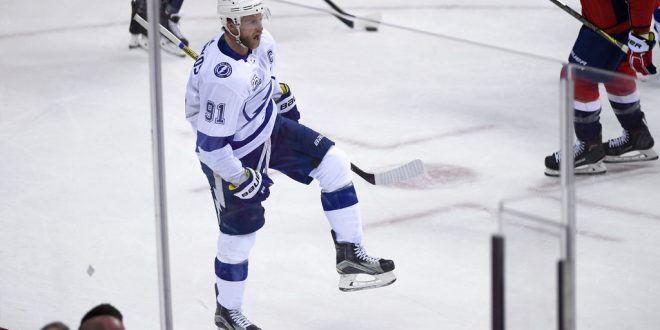 The Tampa Bay Lightning start out the season (3-1) after a standout victory over the (4-2-1) Carolina Hurricanes last night. Center Tyler Johnson led the way for the Lightning, netting a hat trick in the 4-2 win. Johnson had not scored a goal prior to the game, but now he leads all team members with three total goals.

The Lightning is now 10th in the NHL for goals per game with 3.5, and 5th in goals against per game with 2.3. Converting on power plays were an issue for the team in their only loss of the season against the Vancouver Canucks. The power play opportunities were much more efficient against the Hurricanes last night. Center Yanni Gourde added to Johnson’s hat trick on a power play to put the Lightning ahead 3-2. The team’s power play percentage is now 6th in the NHL at 31.3 percent.

Tampa Bay Lightning rookie Joseph Mathieu tallied his first career point in the NHL after a nice assist to Center Tyler Johnson. Johnson scored his first goal of the season from this assist with a slick shorthanded finish to tie the game against the Carolina Hurricanes last night.

And with the sick feed on the rush…

Lightning goalie Louis Domingue made his season debut last night, stopping 38 out of 40 shots and tallying his first win of the season. Domingue performed well in his first start and appears to be a viable backup option for goalie Andrei Vasilevskiy. The Lightning’s depth at goalie can provide consistency at the last line of defense for the squad. If the tandem of Vasilevskiy and Domingue continue to stonewall opponents at the net, this team can make a deep playoff run.

The Lightning look to keep up their winning ways against the struggling (0-4) Detroit Red Wings tomorrow at 7:30 PM. After that, they have a 5-game road trip against the Wild, Blackhawks, Avalanche, Golden Knights and Coyotes. 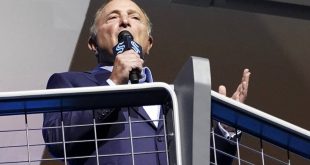