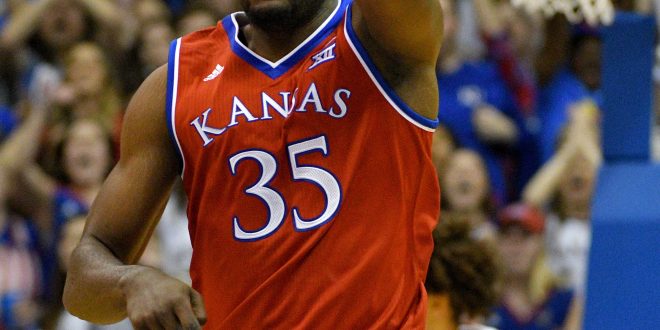 The Champions Classic features four college basketball teams that have championship pedigrees. Beginning in 2011, Kentucky, Duke, Michigan State and Kansas have taken turns going at each other to tip-off their respective seasons.

New talent and freshman phenoms headlined the night for the No.1 Kansas Jayhawks. Freshman guard duo Devon Dotson and Quentin Grimes lead the way. Dotson finished with 16 points, 3 assists and 2 rebounds, and Grimes led the team in scoring with 21 points. Grimes shot an efficient 6-of-10 from three-point range and gave the Spartans problems all night.

Jayhawk’s head coach Bill Self on the win over the Spartans:

A frontcourt led by junior forward Dedric Lawson and center Udoka Azubuike controlled the paint against the Spartans. Lawson finished with a near triple-double, putting up 20 points, 14 rebounds and 6 assists. 7-footer Azubuike contributed with 17 points and 3 rebounds too. Azubuike’s paint presence is elite, as he blocked 4 shots and makes players think twice about going up on him in the paint. Dotson came up big from the charity stripe, shooting 10-of-12.

Free throw shooting is pertinent to the team’s success if they want to make an NCAA tournament run, especially from the frontcourt. The No. 1 Jayhawks showed their elite all-around game in the Champions Classic and have the pieces to make a deep tournament run.

Spartans Have Experience on Their Side

The Jayhawks have a pair of freshman guards that looked great last night, but the Spartans have all upperclassmen in their starting lineup. Three juniors and two seniors were in the starting five for the Spartans.  Senior forward Kenny Goins had a solid game with 17 points, 11 rebounds and 3 assists. Junior guard Joshua Langford put up 18 points and 4 assists, leading the team in scoring.

Although the Spartans came up short last night, they have experience on their side. This experience could help in single elimination situations. The bigger picture for both of these teams is the NCAA tournament title. The Spartans are still title contenders, but they will need to put everything together when it matters most.