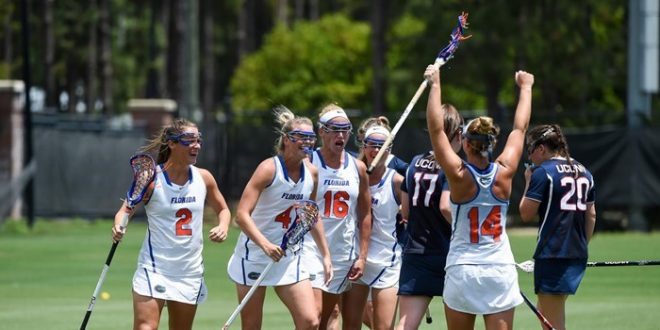 Florida’s 2018 season saw the Gators win their fourth consecutive Big East title. The team advanced all the way to the NCAA Quarterfinals for the first time in four years. The Gators were undefeated (9-0) within their conference.

Two of Florida’s regular-season losses came against ranked teams: no. 1 Maryland and no. 8 Syracuse. They lost just two games at home and never lost back-to-back. Entering the quarterfinal round, the Gators were seeded sixth. Their season came to an end here, where they fell by a score of 11-8 against third-seeded James Madison University.

Preseason Player of the Year Awards

The Gators swept the Preseason Player of the Year awards:

Florida will open the 2019 season yet again against no. 17 Colorado. Florida opened last year’s season with a 16-9 win against the Buffaloes. This year, they are on the road in Boulder on February 11. Florida’s home opener will be on February 14, as they host the no. 2 ranked Maryland Terrapins.

Born and raised at the ballpark! Typically quiet- until it comes to sports. I'm a South Florida native with a passion for baseball nearly as strong as my faith. Grew up in garnet + gold, turned out sporting orange + blue. Likely to be found with a camera. And yes, I take food pictures.
@victoriarossman
Previous Chiefs’ Patrick Mahomes and Jets’ Jamal Adams named MVPs as AFC wins Pro Bowl
Next Eastside Rams Overpower the Blue Wave