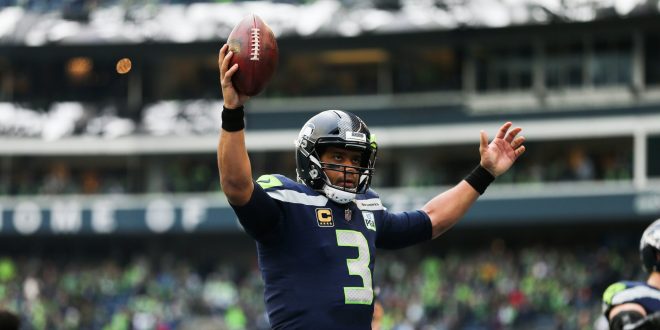 Russell Wilson and the Seattle Seahawks have come to an agreement.

Russell Wilson, who has been the leading quarterback for Seahawks since 2012. Has proved his loyalty and commitment to the Seahawks. Today, the Seahawks and Wilson have come to an agreement to keep the star quarterback in his position. Wilson was entering free agency after this season, which Wilson, Seattle and the fans all had in mind.

Wilson agreeing to this extension with the Hawks has put him at the top for being the highest paid player in the NFL. His extended contract comes with four years, $140 million, including a $65 million signing bonus.

The contract also has a “no-trade” clause. Wilson was confident that he did not want to negotiate a deal if it did not meet his standards by Monday night. This deal for the Seahawks and Wilson will go until the 2023 NFL season.

For Seattle fans, it is no brainer that Wilson wants to end his NFL career with Seahawks since Seattle has been his home since he was drafted as a rookie.

“Seattle We Got a Deal Go Hawks “

Wilson’s History With The Hawks

The Seahawks drafted the quarterback as the 75th pick in the 2012 NFL Draft. Wilson was not a first or second rounder, but instead, he was a third-round pick for the Seahawks. It is unusual for starting quarterbacks to get picked late in the draft, but for Wilson, he still found love and a home in Seattle.

Within his first year in the NFL, he impressed the coaching staff and all of Seattle after claiming the Rookie of the Year award. In his second year, he landed a Superbowl title for the Seahawks. Wilson was the fourth quarterback to win a Super Bowl in their second season.

Wilson’s accolades with this Seahawks organization have put him in the right position to be granted this contract extension. If you remember, Wilson was the first quarterback to come to Seattle and win them their first Super Bowl title back in 2013 against the Denver Broncos.