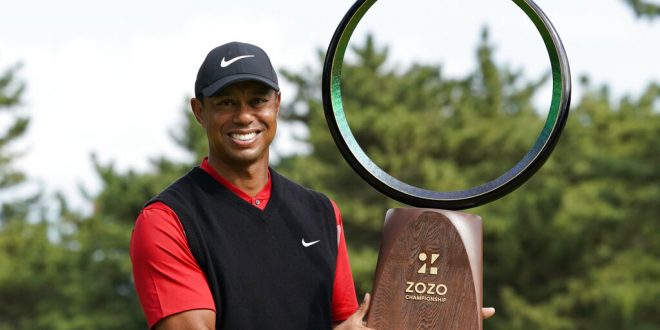 The ZOZO Championship was the first PGA Tour event held in Japan. Not only that, but it was Woods’ first tournament since undergoing surgery two months ago.

No one expected the career win number 82 to happen this weekend. Coming off his 5th knee surgery two months ago, Woods merely hoped for some practice ahead of playing in the President’s Cup in December.

Tiger certainly bolstered those expectations, starting with three straight bogeys to begin the tournament. From there, though, everything changed. Much like in his 81st victory at the Masters in April, Woods looked like his old self. He led all golfers with 28 birdies and shot 64-64-66-67.

Because of a weather delay, the tournament’s finish was pushed to Monday local time. Through the last round, Woods’ only real competition was Matsuyama who birdied No. 11 and 12 to pull within three. Even still, Woods was able to seal the deal in style, birdieing on the 18th hole to record a -19 score on the tournament and make history.

While his 81st career win and 15th major win at the 2019 Master’s had the pomp and excitement of Woods’ most shocking victory, his win this weekend has a compelling case as well.

Ever since winning the Master’s in April- which is a story in and of itself- Woods had struggled with consistency and endurance in his appearances. Missed cuts in the PGA Championship and the British Open brought doubts that Woods’ performance in Augusta was just a flash in a pan.

Woods silenced those doubts, as he has always done, stealing the spotlight yet again in an otherwise regular tournament in October.

Of course, now fans and media will start to wonder when Tiger will break Snead’s record with victory number 83. He has time to prepare for the bulk of the PGA Tour season, too.

For now, though, his focus lies on the Presidents Cup coming up in December. Woods will be the captain of the U.S. Team. Rumors are swirling now more than ever that Tiger might become the second captain to compete in the tournament’s history. On November 4, Woods will select four golfers to the team. All will be watching to see if he drafts himself. 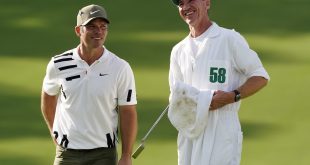 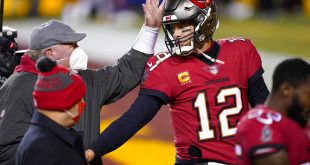