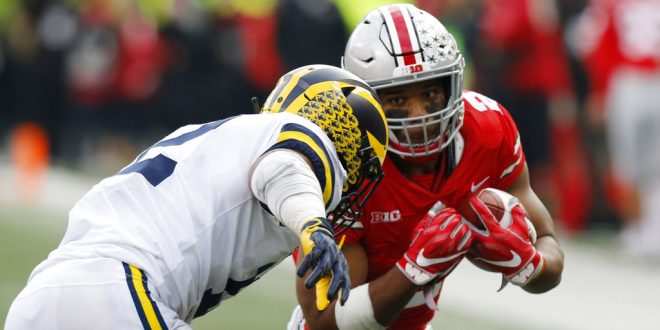 When Ohio State and Michigan take the field at noon on Saturday, plenty will be on the line. The Buckeyes are looking to finish off an undefeated regular season and beat the rival from up north for the 14th time in 15 games. The Wolverines, well, they’re just trying to beat their bitter rival for the first time since 2011.

Following Michigan’s loss to Wisconsin in September, it looked like the Wolverines were once again underperforming with Jim Harbaugh and were destined for another beat down in “The Game.” After all, Harbaugh hasn’t beaten the Buckeyes in his four-plus seasons at Michigan.

Ohio State has won every game this season by double digits, beating Wisconsin and Penn State along the way. Ohio State head coach Ryan Day picked up where Urban Meyer left off, winning with an electric offense and a shutdown defense. The Game was looking like another Buckeye beat down.

However, Michigan has turned its season around. After nearly coming back at Penn State, the Wolverines have won four games in a row by a score of 166-45.

The Game now has some intrigue. Will Ohio State finish undefeated, or will Michigan spoil its bitter rivals season?

Ohio State has dominated on both sides of the ball all season. The Buckeyes are averaging 49.4 points per game, good for tops in the nation. They’re doing it on the ground and through the air. Former-Georgia quarterback Justin Fields has shown why he was the top dual-threat QB coming out of high school. Fields has accounted for 2,797 yards of total offense and thrown for 33 touchdowns and only one interception. He’s also rushed for 10 touchdowns. His 43 total touchdowns are the fourth-most in the nation.

It hasn’t been just Fields for the Buckeyes. Running back J.K. Dobbins has had one of the best seasons on the ground of anyone in the country. He’s rushed for 1,446 and scored 15 rushing touchdowns. He’s averaging 6.6 yards per rush.

The defense is led by the unquestionable top-defensive player in the nation Chase Young. Despite missing two games, Young still broke the Ohio State single-season sack record with 16.5 sacks on the season.

Because of how talented the Buckeyes are on both sides of the ball, Harbaugh knows this Buckeye team must be respected.

After losses to Wisconsin and Penn State, and close wins over Iowa, Army and Illinois, it seemed like the same old Michigan. Loads of talent, lofty expectations and another underwhelming season under now fifth-year head coach Jim Harbaugh.

However, something seemed to click against Penn State, despite it being a loss. The Wolverines erased a 28-7 deficit and were a dropped pass in the endzone away from tying the game up. The Wolverines tallied over 400 yards of total offense and it set the tone for their next four games. Their average margin of victory in the four games after that loss has been by over 30 points with wins over then 10th ranked Notre Dame and 7-3 Indiana.

It finally seems like first-year offensive coordinator Josh Gattis and quarterback Shea Patterson have figured it out. Talented wide receivers Nico Collins and Donovan Peoples-Jones have also come into their own, combining for 12 touchdowns this season.

If the Wolverines want any shot at taking down the nation’s second-ranked team, they’ll need to score early and often.

In both of Ohio State’s ranked matchups this season, they have had the luxury of being at home. For Michigan, it’s been the opposite as they’ve had to travel to Wisconsin and Penn State. The Big House in Ann Arbor will host this rivalry that’s been played since 1897 and this will be the Buckeyes’ first true road test of the season. With over 107,000 hate-filled Wolverine fans packing the stadium, it’ll be a task this Buckeyes squad has yet to face.

Michigan, historically, plays better at home in this series. Their last two wins, in 2011 and 2003, coming at home. Could it help? Possibly, but it’ll take more than a crowd to best this Ohio State team.

Kickoff Saturday is at Noon. 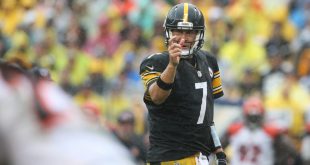 The news has spread. Joe Judge is out today. Who want’s to be a part …