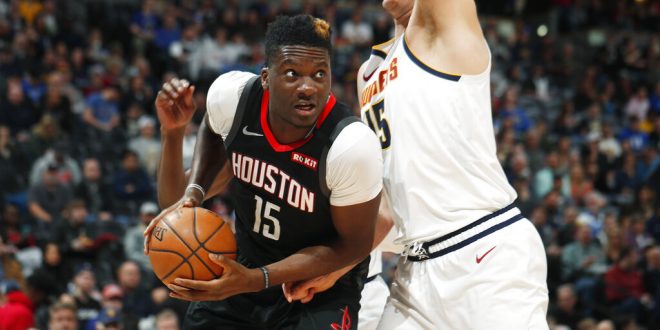 With just over 24 hours until the NBA trade deadline, some big moves have already been made with more expected to come. Here’s all the buzz and latest news.

On Tuesday night, the Houston Rockets traded center Clint Capela to the Atlanta Hawks while acquiring Robert Covington from the Minnesota Timberwolves as part of a 4-team, 12-player trade. Also, Minnesota received two first-round picks; one from Houston and the other from the Denver Nuggets. This is the league’s largest trade in nearly 20 years.

The biggest part of this trade was the Clint Capela piece. The Hawks have struggled mightily this season, tied for the second worst record in the league. Despite this, they make a big splash that they hope will help in the long term. Capela is just 25-years-old and joins an Atlanta team with a young core. With the second half of the season still to go, Hawks’ star Trae Young is certainly ready to get to work with his new big man.

Many question this trade deadline move from the Rockets. Not getting a center in return but trading their only big man seems concerning. Still, Houston has deployed smaller lineups for much of the season but Head Coach Mike D’Antoni will have a seven-foot hole to fill.

Ever since the first month of the season, Andre Iguodala’s name has been thrown around in trades. Now is as a good of a time as ever for the Memphis Grizzlies to move on from him. Holding on to the eighth seed, young players like Ja Morant and Dillon Brooks are asking him to be traded. This is based off his comments and the lack of effort his team sees from him.

Another that could me making moves include the Miami Heat. The Heat seem poised to make a move based off the amount of assets they hold. One thing the Heat have going for them, expiring contracts. This has linked them to players such as Chris Paul, LaMarcus Aldridge and Iguodola. Miami is one of the best teams in the Eastern Conference and may need to make a move to be true contenders.

A team linked to making a trade, the Los Angeles Lakers have been quite in the past couple days. For recent weeks, rumors went around about trading Kyle Kuzma but nothing has come up since. Their head coach, Frank Vogel, commented on the matter.

Another player who’s name has been circling around is Golden State Warriors’ D’Angelo Russell. Ever since changing coasts in the summer, Russell has been one of Golden State’s best players, when healthy. Although, it was reported that the Warriors wanted a larger sample of Russell on the court with Stephen Curry before any major changes to the roster were made.

Since the Capela trade, the Warriors have said they will move on from trading Russell. Here’s what he had to say about his name popping up in trade rumors.

The trade deadline is at 3 p.m. tomorrow. More teams and players are expected to get in on the action with the second half of the season in full swing. WRUF will keep you up to date on all the breaking news so make sure to tune in to 98.1 FM/850 AM. Breakdown of everything will be featured on the website.