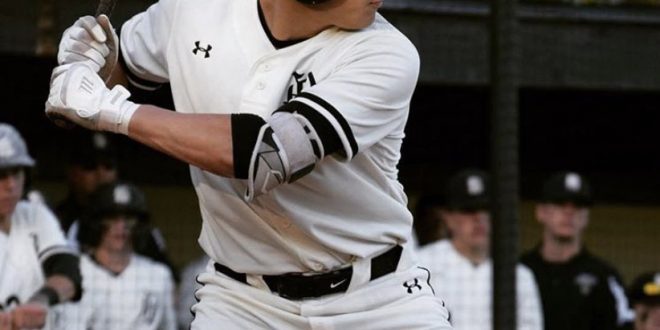 Yet another member of the Buchholz baseball team has committed to playing collegiate baseball. Junior shortstop Brett Blair announced his commitment to Stanford University Friday evening. Joining teammates Luke Baker(Ole Miss) and Corbin Grantham(Mississippi State), Blair is now the third Bobcat to continue playing baseball at a Division 1 school. Senior second baseman Austin Akey will go the junior college route as he will be pursuing his baseball career at Santa Fe College.

Congratulations to 2021 Bobcat Brett Blair on his commitment to attend and play baseball at Stanford University! Brett is a terrific student athlete and we are extremely proud of him! @StanfordBSB pic.twitter.com/8zBgJH6OXC

Blair will be joining a storied program when he makes a move to Palo Alto in 2021. Stanford has had a successful baseball program for decades now, playing in the Pac-12 conference. Coach David Esquer leads the Cardinal. The 2018 Pac-12 Coach of the Year joined Stanford after a 17-year stint at UC-Berkley. As recently as 2018, the Cardinal won the Pac-12, and have made the NCAA Tournament seven out of the last 10 years.

Producing Hall of Famers such as Mike Mussina, Stanford has a history of producing talent and a commitment to athletics and academics. Blair looks to be the next Cardinal to follow suit and bring Stanford to their first College World Series since 2008.

What Blair Brings to the Table

The 500th ranked player in the nation and 124th ranked shortstop; Blair garnered a prestigious grade of nine, according to Perfect Game.com. He possesses an athletic frame and at 6’2″ and 208 pounds he is athletic.  This season, Blair has been dominant on the defensive end for Buchholz.

Here’s the play. Great throw by Blair but an ever better extension by Parker Green to make the snag at 1B@ESPNGainesville @ThePrepZone @Bobcat_Baseball https://t.co/2kUSnTkVmc pic.twitter.com/5z2kvaR3Z7

On the offensive end, Blair is a right-handed hitter that goes primarily for contact. According to Perfect Game.com, Blair is a

“Right handed hitter with an upright, slightly open stance and reaching front side trigger. Works to contact with linear lower half actions. Compact, direct hand path to baseball with a naturally leveraged barrel plane through extension. Displayed good feel for the barrel with present bat speed. Primarily looked to drive the ball to the middle of the field with the strength to split the gaps when squared.”

Blair is on the Top Prospect List for the 2020 National Underclass East Showcase. Playing for USA Prime Baseball, Blair was named the 99th best player in the State of Florida and the 24th best shortstop. In college, Blair could play third base. The newfound Stanford commit’s highlights are below.

Another missile by Brett Blair pic.twitter.com/DO0CTghoYR

Sam Petosa is a Journalism major pursuing a Specialization in Sports and Media at UF. The South Florida native produces daily shows for WRUF, including "Sport Scene with Steve Russell, and "The Tailgate." In addition, Sam provides weekly sports updates for WUFT News and radio Sportscenter's for WRUF radio. Sam has been a writer at ESPN Gainesville since January 2020.
@sampetosa5
Previous Cavaliers Make History in Comeback Win Over Heat 125-119
Next St. Francis Beat Minutemen, Notch First Win of the Season