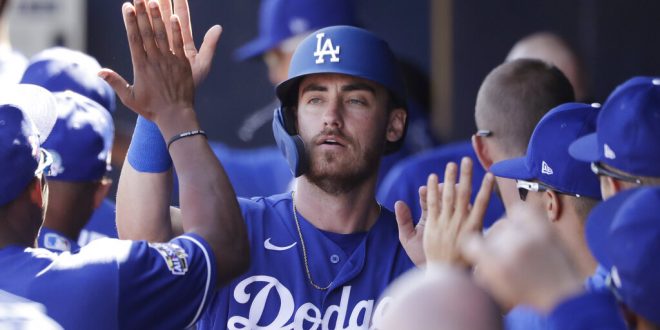 Dodgers forced to wait for redemption

Just like the rest of the sports world, the Los Angeles Dodgers are stuck in limbo.

How long will their season remain on pause? Well, nobody really knows.

When Major League Baseball halted all operations for two weeks and delayed Opening Day on Thursday, the Dodgers, like everyone else, remained optimistic. So much so that Dodgers’ manager Dave Roberts said that the players elected to remain close to the team’s facilities so they could continue to stay in shape.

Surely with that in mind, Major League Baseball announced its decision to delay Opening Day even further.

Commissioner Rob Manfred announced Monday that they’d follow the Centers for Disease Control and Prevention’s recommended restriction on all events of more than 50 people for the next eight weeks.

As COVID-19 continues to spread, the CDC and MLB were left without a choice. Dodgers’ Opening Day was originally slated for March 26. Now, the earliest and most optimistic start date is in mid-May.

With nearly every professional league on hold, all anyone can do is look to the future. For the Dodgers, that is quite exciting. The 2020 season is one full of intrigue and excitement.

With so much talent, this star-studded Dodgers team is fully expected to be the one that ends the club’s 32-year championship drought.

In fact, Dodgers’ legend Orel Hershiser believes that this team benefits from the season’s delay.

Hershiser, who helped lead the Dodgers to their last title in 1988, said that the Dodgers’ leadership and cohesiveness prepare the club well for the shortened season.

Orel Hershiser, getting the final out of the 1988 World Series. pic.twitter.com/fSub6x4Zab

The MLB Hall of Famer has a point. The Dodgers have made the playoffs every season since 2013. During that seven-year stretch, they’ve also appeared in two World Series. Dave Roberts and Clayton Kershaw have been tormented by fans and media for their inability to win a title. The 2020 team may finally be the team to do it.

.@redturn2 with a message to fans. pic.twitter.com/ttnsWY8nXg