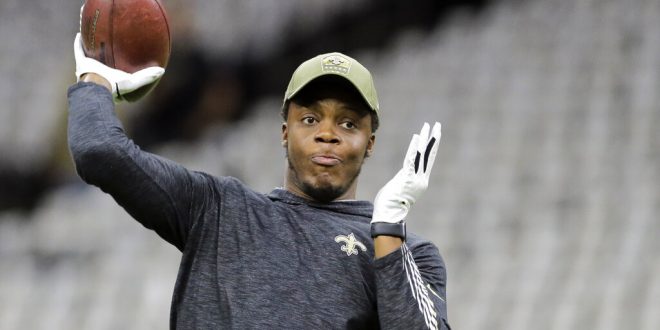 Bridgewater and Panthers agree to three-year deal worth $63 million

The Panthers’ relationship with Cam Newton has been strained of late, particularly so last season. Last year, Newton was unable to make it more than two games into the season without getting injured. That injury, amongst Newton’s behavioral issues, forced the Panthers to start rookie Kyle Allen for 12 games last season.

You left an indelible mark on this franchise and you did it your way. pic.twitter.com/nFSzbp1sAO

Bridgewater has been a backup for the past three years. Two with the Saints, and one with the Vikings in 2017. Before that, he was the starter for the Vikings, where he won 17 of the 28 games he started in 2014 and 2015.

Needless to say, Bridgewater has been waiting for an opportunity like this, the chance to lead a team again.

The 27-year-old Miami-native is putting a new foot forward, and hoping to stick as the Panthers’ starting quarterback for at least the next three years.

Panthers hope fresh face can turn them around

The Panthers went 5-11 last year. Since 2015, when they lost in the Super Bowl to the Broncos, they’ve had a losing record in all but one season, 2017. Carolina is in need of a fresh face, and they made a move that could pay dividends next season.

Bridgewater went 5-0 as a starter for the Saints when Brees went down with a hand injury. He helped carry the Saints through a stretch of games without one of the best quarterbacks ever. The Panthers are hoping for more of the same from Bridgewater.

New Orleans was put into a bit of a panic when Brees went down, but Bridgewater helped right the ship and did more than the Saints could have asked for in Brees’ absence.

The Saints have good things to say about Bridgewater after his tenure in New Orleans, and so does ESPN NFL Analyst Louis Riddick:

The Panthers have lost Luke Keuchly and Greg Olsen, and parted ways with long-time quarterback Cam Newton all in the past year. It’s clear the Panthers are rebuilding, but that rebuild will be built around Teddy Bridgewater.

Both the Panthers and their new quarterback are eagerly awaiting the start of the 2020 season in September, and Panthers fans should be hopeful for their future.

My name is Caleb Mikita, and I am a telecommunications major at the University of Florida from St. Pete, FL. I am a fan of all things sports, but my main passion is baseball. My long term goal is to become a sports analyst or writer for MLB Network.
@@caleb_mikita8
Previous Closed courts: NBA postpones season
Next Sankey Says Focus is on 2021 Season