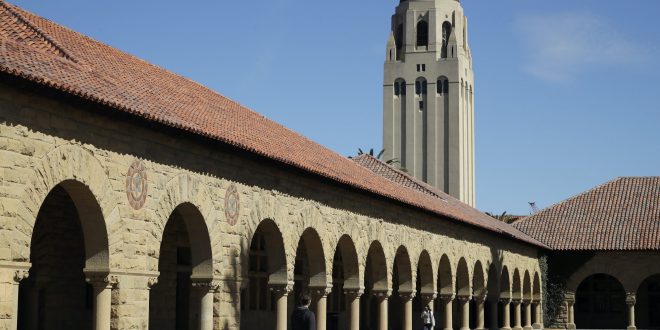 FILE- In this March 14, 2019, file photo, people walk on the Stanford University campus beneath Hoover Tower in Stanford, Calif. Stanford University has expelled a student who lied about her sailing credentials in her application, which was linked to a foundation at the center of the college-admission bribery scandal. The university quietly announced it had rescinded the student's admission in a short statement posted on its website April 2, 2019, after determining "some of the material in the student's application is false." (AP Photo/Ben Margot, File)

Once the 2020-2021 school year subsides, Stanford plans to cut 11 of their 36 varsity sports. This decision came earlier this week in an attempt to reduce the programs and staffing.

All these teams will have the chance to compete this upcoming year, given the circumstances of COVID-19 allow it.

The financial realities of COVID-19 played a big part in the decision. Athletic Director Bernard Muir who was a Buchholz High graduate, along with the President of the University chose to eliminate these programs. The California college will still play many of their sports at the national level.

With respect to diversity and gender equity, elimination may increase a lack of inclusion. However, the university has placed a high emphasis on diversity and inclusion among all its sports programs. This setback will not affect that.

240 athletes as well as 22 coaches will be directly affected. Athletes scholarships will be honored for the rest of their time on the Farm. For coaches, their contracts will be honored. Any associate staff members will be offered severance pay as well.

Even though these teams will no longer compete at a national level, the may transition to club level. With enough student-interest and sufficient finances, these athletes will still get to play at some level.