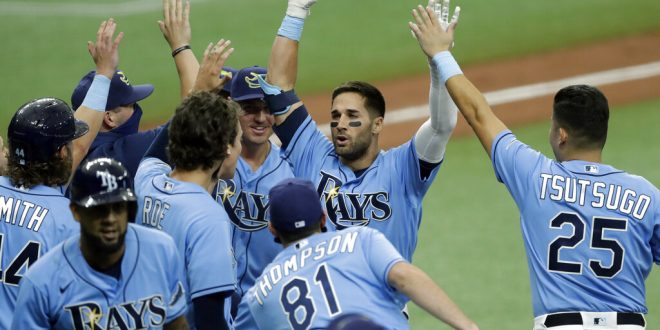 The Tampa Bay Rays are off to a 2-1 start this season, thanks to some late-game heroics on Sunday.

Tampa Bay started off down 4-0 and entered the ninth inning Sunday down 4-2. In the ninth, the Rays loaded the bases. Then, Ji-Man Choi drew a walk to make it 4-3. Brandon Lowe hit an infield single. He just beat out the throw to tie the game 4-4.

In the top of the 10th, the Blue Jays tacked on a run to take back the lead 5-4. But in the bottom of the frame, Kevin Kiermaier hit a two-run triple that gave the Rays the walk-off win.

How opening weekend played out for Tampa Bay

The Rays opened their season Friday night with a 6-4 loss to the Blue Jays. The Jays scored all their runs in the fourth and the fifth inning. The Rays tried to close the gap but ended up taking the loss.

On Saturday, Tampa Bay earned their first victory of the season. Ryan Yarbrough pitched 5 1/3 scoreless innings. However, he got a no-decision.

The Rays got the scoring started in the sixth inning with a Ji-Man Choi double that gave the Tampa Bay a 1-0 lead. The Blue Jays responded in the seventh with a Reese McGuire solo home run that tied the game.

The Rays took back the lead for good in the eighth with a two-run triple from Brandon Lowe that made it 3-1. Lowe later scored on a balk, giving Tampa Bay a 4-1 lead, which would be the final score.

Up next for the Rays

Tampa Bay will remain at home for two games before hitting the road this week. They will host the Atlanta Braves on Monday and Tuesday. Then, the series will shift to Atlanta for two more games on Wednesday and Thursday.

On Friday, the Rays will begin a road series against the Baltimore Orioles. 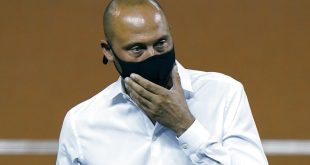 Since taking over as CEO for the Miami Marlins in August 2017, former Yankee great …