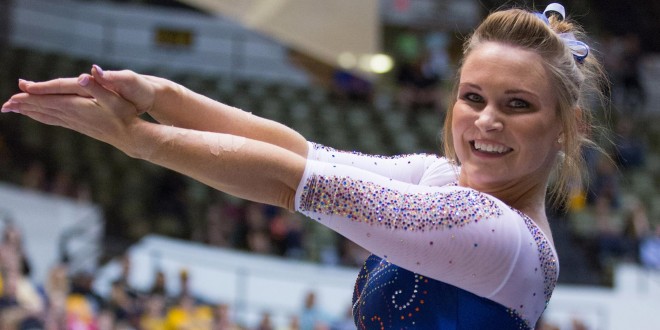 Bridget Sloan Will Go into USA Gymnastics Hall of Fame

Gators gymnastics great Bridget Sloan will be immortalized. It was announced on Saturday she will be a part of the 2020 USA Gymnastics Hall of Fame class.

Sloan found success at every level of competition. This includes college, national and international competition. Due to COVID-19, her induction won’t take place until June 2021.

When she joined the Sports Scene, Sloan said she found out through an email. Just like that, an average day featured a major achievement. She said she always thought getting inducted would be a cool thing. However, when the time came, she said the actual feeling was beyond imaginable.

Sloan started her career before even arriving in Gainesville. Sloan was a member of the USA Senior National Team. She was the youngest member of the team at the Beijing Summer Olympics in 2008. The squad came out of the Olympic games with a silver medal.

During her time with Team USA, she represented them at 15 international competitions.

When she arrived at Florida for the first time, she knew it was the school she wanted to go to.

In 2013, it was Sloan’s time to shine in the SEC. In her freshman year, Sloan received her first NCAA All-Around. The Gators won its first team title that same year. 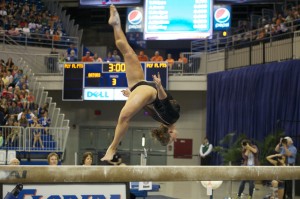 Sloan continued to shine. During her time with the Gators, she went on to become Florida’s career leader with six NCAA individual event titles. This stands third all-time among NCAA gymnasts.

Sloan said that these were all dreams that she turned into reality. On top of that, she considers her four years at Florida her best four years of her life.

Harrison is a sports coordinator at ESPN 98.1 FM/850 AM WRUF. He served as a beat writer for Florida Gators football for the 2019 and 2020 seasons. He also contributes to WRUF's Gainesville Sports Center segments and makes appearances on the Clash on Harp on Sports. Harrison has been a content writer for WRUF since January 2019 as well.
@HarrisonSmaj
Previous Lightning Fall in Game 2
Next Gators Starts Practice; SEC To Release Schedule