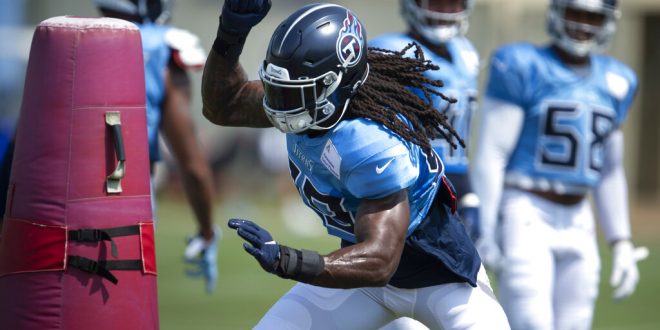 After a hectic Sunday in terms of the NFL, week one will finish with two teams looking to improve on their previous seasons.

Building on the past

The Denver Broncos and Tennessee Titans played out their 2019 NFL seasons differently. After the Broncos beat the Titans in week six, both teams sat at 2-4. However, both teams went in different directions after that week.

The 16-0 loss in week six served as a turning point for the Titans. This was the final game Marcus Mariota started before newcomer Ryan Tannehill took over the starting role in Nashville.

With Tannehill leading the Titans, head coach Mike Vrabel salvaged a 9-7 season and a wild card berth into the playoffs. In those playoffs, the Titans played the three favorites to win the AFC, knocking off the Patriots in the Wild Card round.

They built on this success by stunning the Baltimore Ravens and MVP Quarterback Lamar Jackson, 28-12, in the AFC Divisional Round.

Although the Titans could not hold onto a lead against the Kansas City Chiefs in the AFC Championship game, it was a memorable run.

On the other hand, the Denver Broncos played a season to forget. High expectations to go along with a 7-9 record left a bad taste in the mouths of Broncos fans. Not good enough to be in a playoff spot, not bad enough to have a top tier draft pick.

Head coach Vic Fangio has the pieces and went on to secure more players and assets to make a run at the NFL Playoffs. It is not out of the question for the Broncos to push for a wild card spot.

With the lack of preseason and a stymied training camp, the Broncos and Titans will be that last teams to make their debuts for the 2020 NFL season. This includes the debuts and possible breakouts of certain players acquired or extended by both teams.

For the Broncos, their highlight acquisition was Melvin Gordon. A player famous for being able to finish drives with touchdowns will try to be a difference-maker for a team that finished the season 20th in rush yards per game. Gordon, a two-time Pro-Bowl running back, will join Phillip Lindsay in the backfield behind second-year quarterback Drew Lock.

Lock showed flashes of ability last year, only coming in as the starter later in the season. The former Missouri Tiger started the final five games for the Broncos, amassing a 4-1 record. Lock and company will provide first-year offensive coordinator Pat Shurmur plenty to choose from.

Of course, those weapons will prove ineffective if the premier Titans signing of the summer has anything to say about it.

The former first-overall selection out of the 2014 NFL Draft, Jadeveon Clowney, will make his Titans debut on Monday night. The Titans succumbed to the pass in 2019, finishing 24th in passing defense. While much of that can be attributed to lackluster secondary play, they only finished 15th in sacks per game with 2.6.

Clowney is a beast at the line. In seasons that Clowney plays at least 15 games, he has amassed 9.5 sacks (2017) and nine sacks (2018). The star defensive lineman is finally healthy and could put up big numbers this year if it stays that way.

The finish of week one in the NFL should be a balanced game between two balanced teams. Neither of these teams has the star-power of other teams in the league.

Originally from Seminole in the Tampa Bay area, Kyle is a contributor for ESPN Gainesville as well as local NPR and PBS affiliate WUFT. Kyle wants to get into sports with a lofty dream of being a sports broadcaster. He was raised playing soccer and baseball while watching hockey and football, so the knowledge about various sports is fairly extensive.
@KyleFanslerUF
Previous Nuggets Stun Clippers, Force Game 7
Next Mullen Putting Emphasis on Mental Toughness