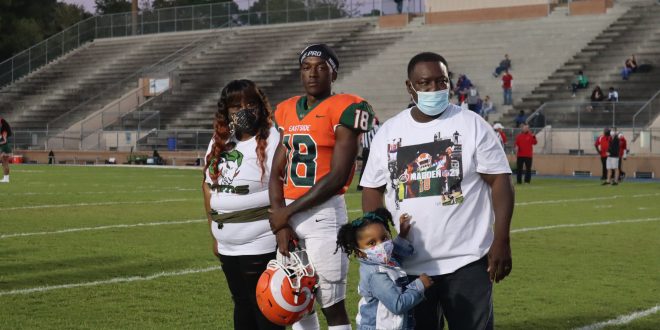 The 0-6 Eastside Rams welcomed the 2-3 Santa Fe Raiders at Citizens field Friday night. Coach Jared Allen hoped to move his team to a .500 mark before the playoffs whereas Coach DeLeon was searching for a coveted yet elusive first win of the season.

The first quarter was highlighted by two injuries along the line for the Eastside Rams. Despite the injuries, the Rams struck first as a brilliant call to draw Santa Fe Offsides allowed for a new set of downs within the red zone. Running Back Keonte Macon was then able to punch it in on a five-yard handoff.

However, on the next drive, Santa Fe was able to capitalize on a fourth-down conversion to set up a short field goal.

Both teams were able to hold each other until the fourth quarter because of strong defensive showings.

Similarly to the second quarter, it was all Eastside in the fourth. After being gifted short field position from the Raiders. Holden Johnson threw a 22-yard strike to Aziel Gainey making it a two-possession game. Regardless of the touchdown, it was the fumble by running back Dontrell Jenkins for Santa Fe with five minutes left to play that killed any hopes of a comeback. Furthermore, Eastside scored a five-yard touchdown catch by Andre Bradford to end the game at 20-3 giving coach DeLeon his first win of the season.

“It’s Humbling actually, I think a lot of people take wins for granted, it’s very hard to win in high school football. I’m relieved, happy for these seniors and these players. It’s been six long weeks and we finally got one. We brought consistency, we didn’t turn the ball over, our offense played well, our defense played well, and (a win) that’s what happens.” 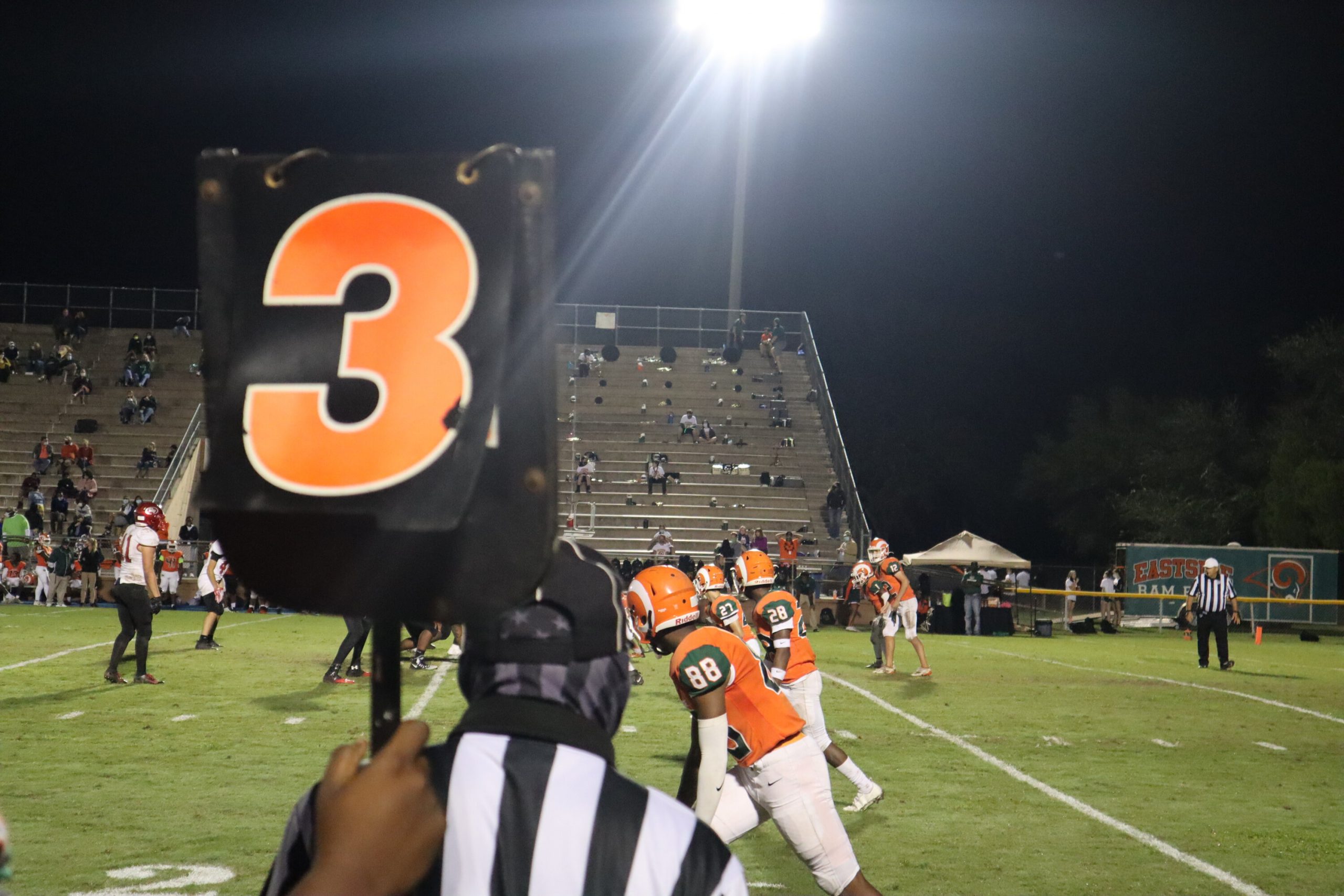 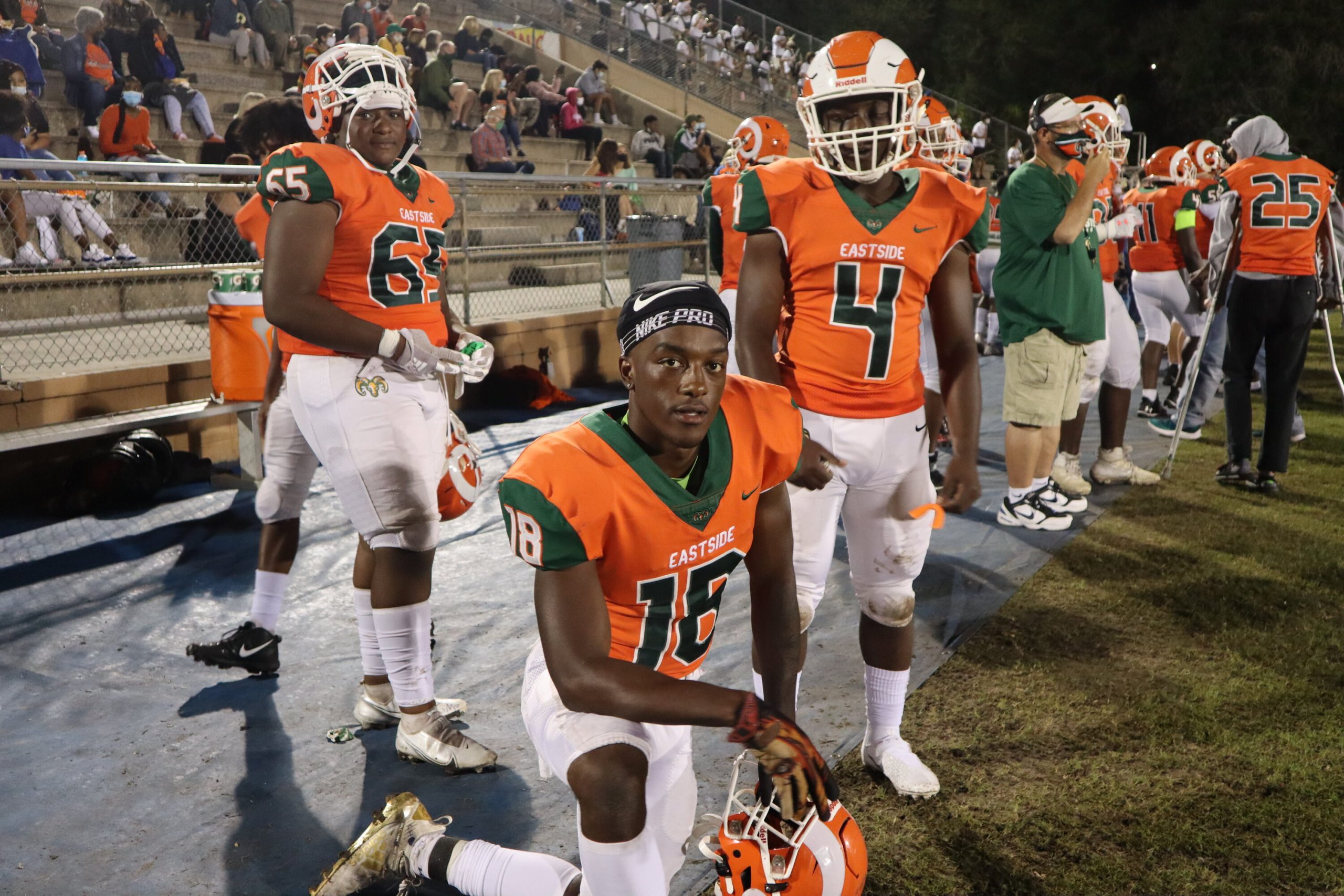 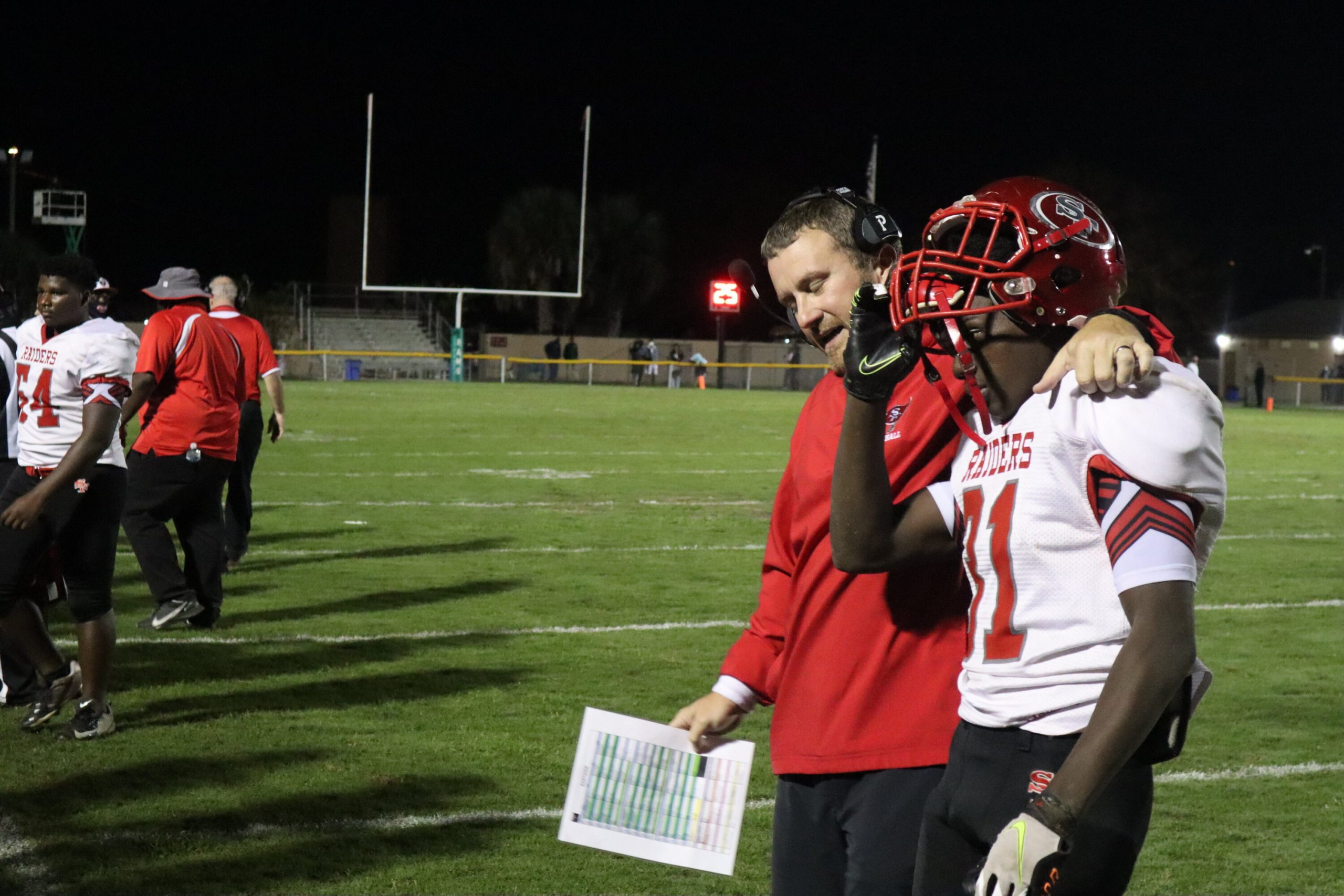 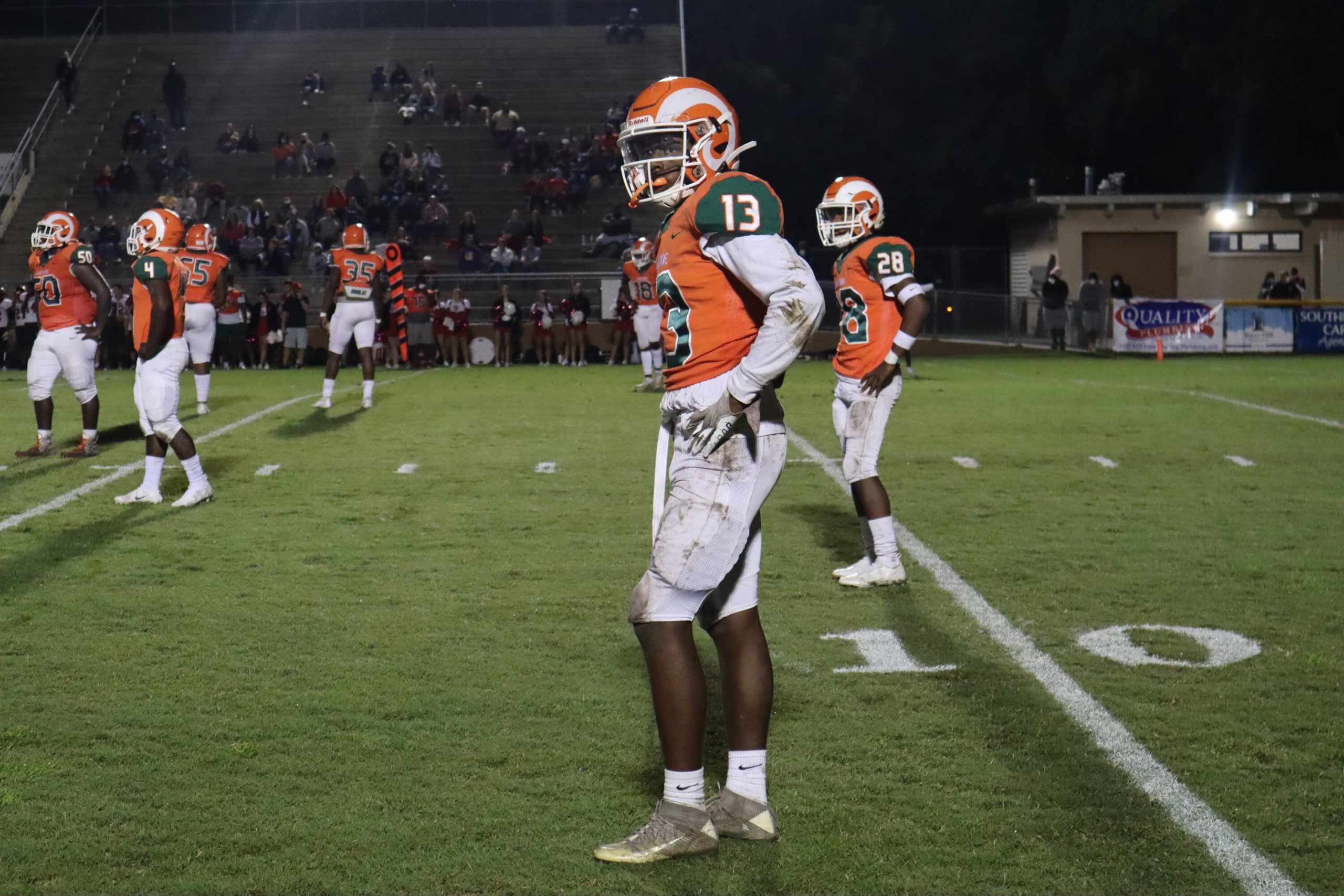 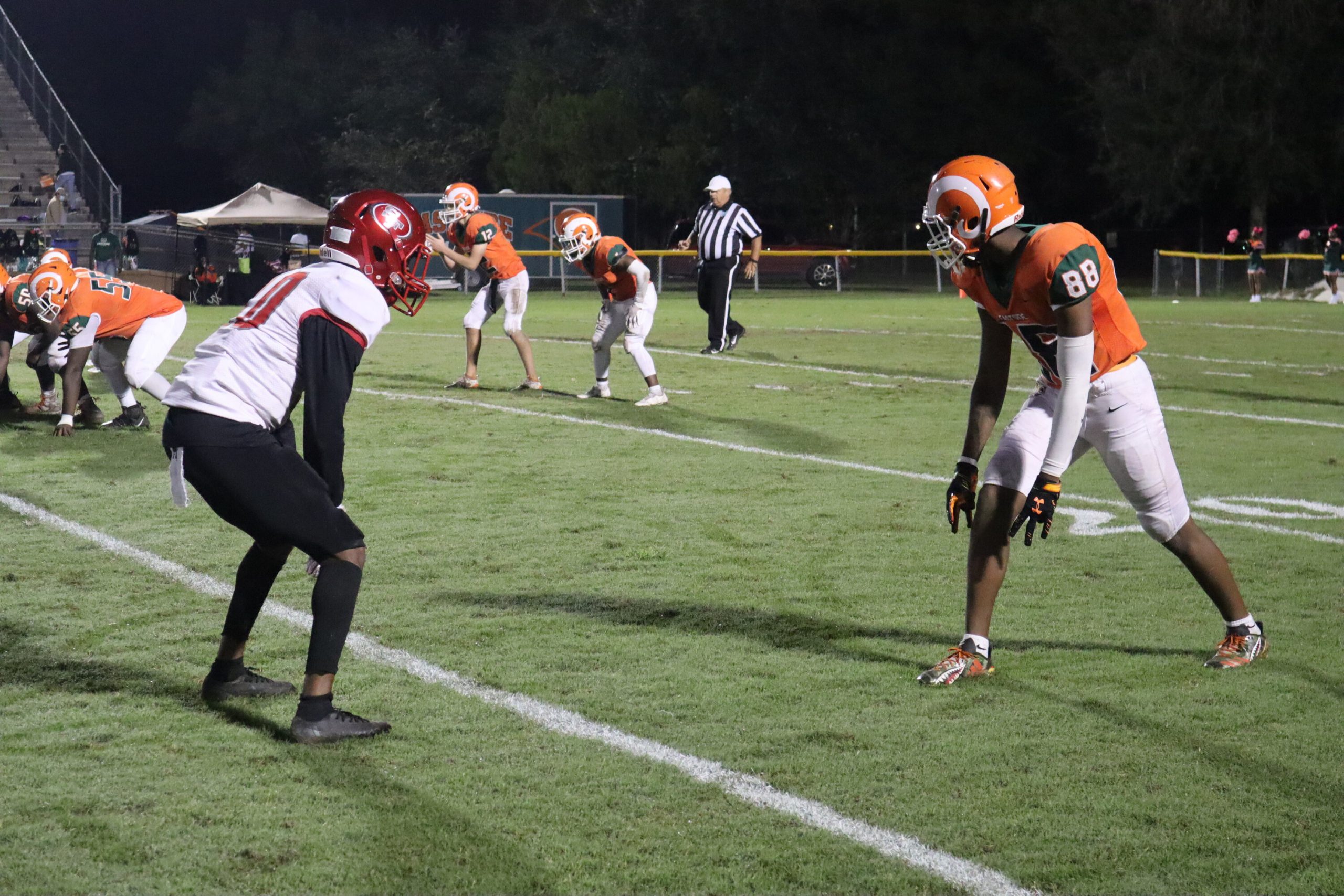 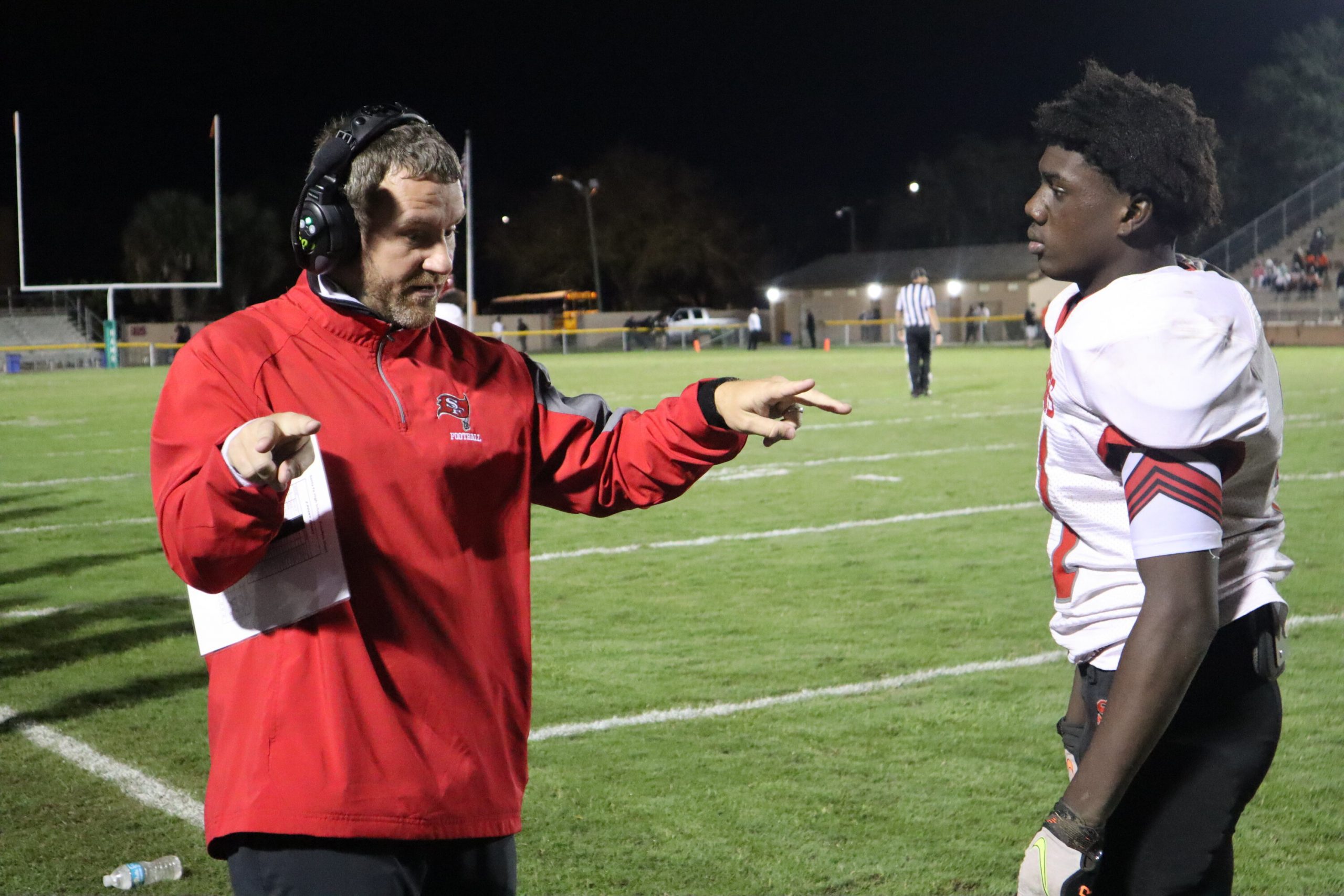 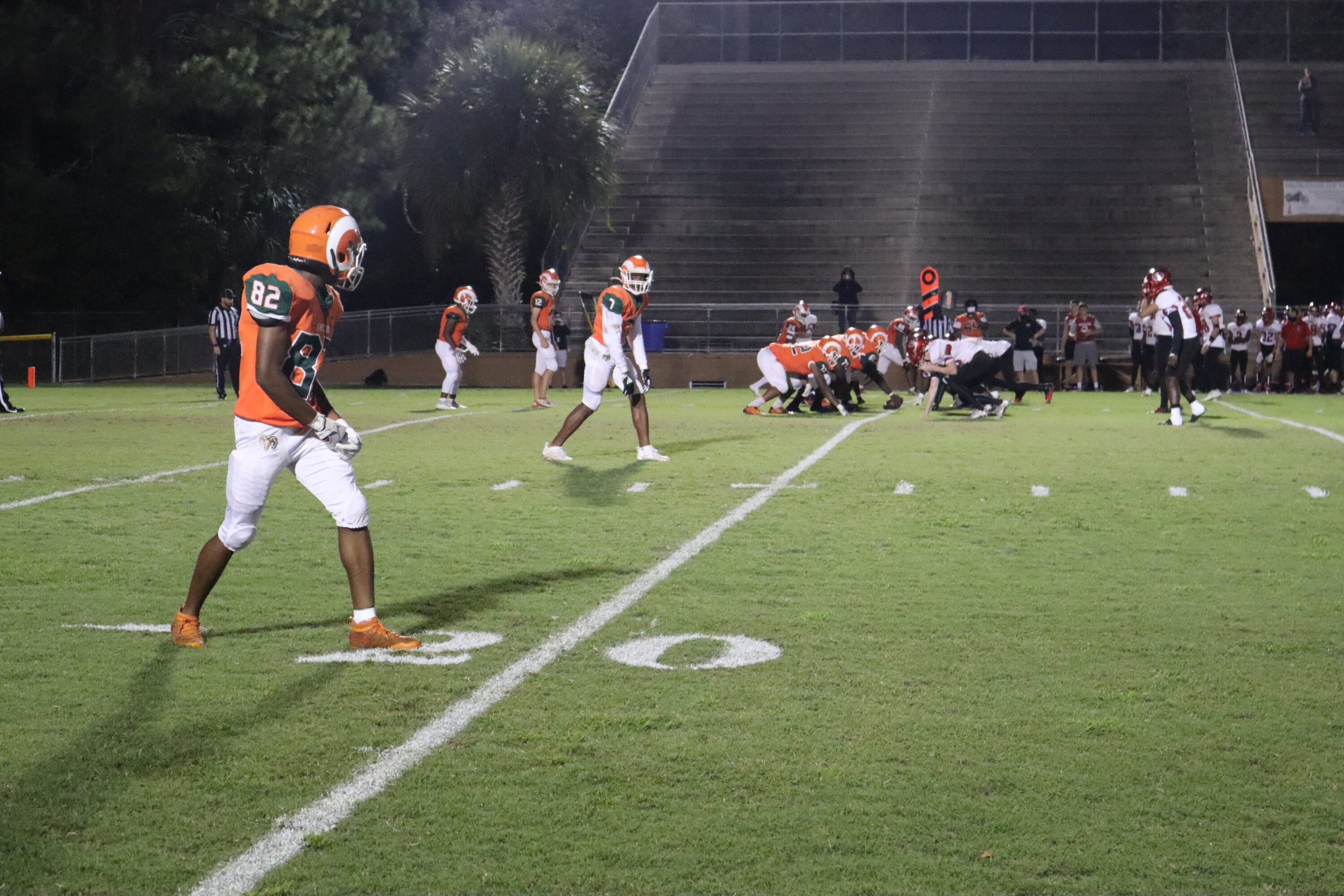 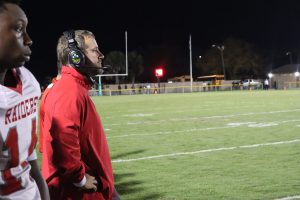 The Santa Fe Raiders have missed the two previous games because of COVID-19. An unnamed Santa Fe linebacker came to school with no symptoms, as a result, he went through his usual routine of practices. As normal he played two-quarters of JV and a full game of varsity on Friday night v.s. Union Park. Saturday morning the linebacker woke up feeling unusually sore with a low fever of 99.1 degrees and tested positive for the virus. Consequently, this led to the team going into isolation for two weeks. Coach Allen proceeded to check up on his boys’ COVID-19 test.

“I was calling just to check on our guys and the office called back saying “Sorry Mr. Allen you tested positive”

As a result, the raiders had to practice without their head coach this week. Coach believes that they weren’t competitive enough in practice from watching the energy on the sideline and COVID-19 had some part to play in that.

“We were playing like it was ok to be losing. It was like they were content with what they were producing on the field and I thought our effort level needed to be better all the way around.”

When asked about the protocols put in at Santa Fe Highschool Coach Allen believes in the athletic director’s procedures.

“It wasn’t really anything we could do differently. We are doing a pretty good job its just an unfortunate event especially since the kid was asyptomatic. My son was around me for seven and half hours on the road and never got COVID-19 yet I had it and he didn’t. It’s one of those things you just never know.” 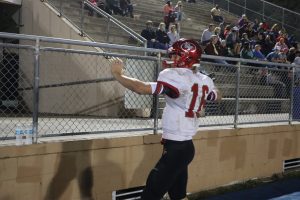 A heroic ending at the Union County game led to struggles v.s. Eastside High this Friday. Quarterback Landon Rogers was hit hard by a Union County defender and couldn’t lift his non-dominant throwing hand above his waist. Despite this, he was able to grit it out and throw the game-winning touchdown late in the fourth quarter to secure the 10-7 victory.

Saturday morning his mother heard a loud pop, his dislocated shoulder popping itself back into place. This is a condition Landon has been dealing with since he was three years old.

As a result, the Raiders had to practice without their starting quarterback and head coach this week. When asked about the significance of the injury Coach Allen explained the severity of missing his star athlete.

“Without him it’s going to change us drastically we’ve had to become a run first team and that’s not really what we are good at.”

In order to combat the loss of Rogers Coach said he can’t have his offense throwing the ball 50 times a game anymore. Instead, he will look to focus on quick passing plays and running the ball to avoid huge hits.

He also needs the younger athletes to step up and prepare in a different mindset. In regards to the preparation of the 2nd string athletes, he explains the need for an increase of all-around effort.

“The younger guys all year have been asked to prepare like they were the starters and you can tell they haven’t done that. Tonight was about 15 steps backwards… we’re going to get back on the horse.”

Coach Allen looks to get his team back on track as playoffs loom around the corner.

Next week the Eastside Rams will play away v.s. the Gainesville Hurricanes looking to improve on their 1-6 record. Whereas the 2-4 Santa Fe Raiders look to bounce back at Citizens field v.s. the Buchholz Bobcats.

Ethan Sanabria is a second-year telecommunications student on the digital film and television production track at the University of Florida's College of Journalism and Communications. He has previously worked as a broadcaster for the Florida Flight basketball team and currently helps the production of WUFT news facebook lives. You can reach Ethan on any of his social media or at Ethansanabria@ufl.edu.
@ethansanabria
Previous Union County Defeats Chiefland 42-7 After Strong Third Quarter
Next Gator Volleyball Remains Perfect on the Season after Sweeping the Alabama Crimson Tide over the Weekend 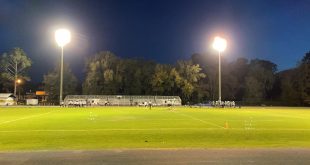