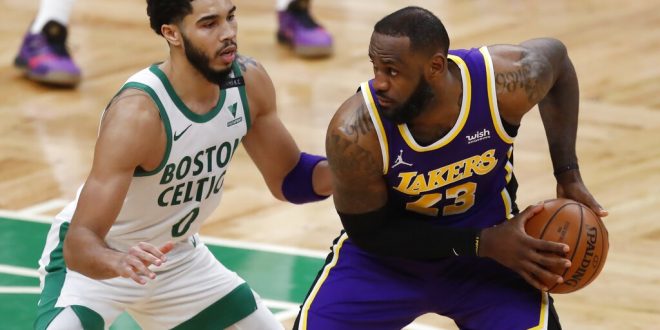 Some NBA Players Not Sure About 2021 All-Star Game

The NBA plans to hold its annual All-Star Game on March 7 in Atlanta, but quite a few players have voiced their concerns with holding the game from the current global situation.

Players believe that holding the NBA All-Star Game will only benefit the owners, leaving players at increased risk for contracting COVID-19. Players also want to continue with their season and not risk more postponed games in a season that has already had so many. Recently, the number of positive tests in the NBA has been at a season-long low. It doesn’t make sense for the league to risk the health of its players over the second half of the season, when teams are making playoff pushes, for a meaningless game.

The original plan was to hold this year’s All-Star Game in Indianapolis, before canceling the event due to the pandemic. The league moved the event to Atlanta to allow TNT, the official broadcast partner, to produce the show without having to leave their home city. The league also plans to shorten the event down to one night, holding the skills competition and game on March 7.

Despite the adjustments, many players are still not happy. LeBron James recently spoke out, expressing his frustration with the league, who apparently had told players they would not be holding an All-Star Game this season.

“Short offseason for myself and my teammates, 71 days. And then coming into this season, we were told that we were not having an All-Star Game, so we’d have a nice little break. Five days from the fifth through the 10th, an opportunity for me to kind of recalibrate for the second half of the season. My teammates as well. And then they throw an All-Star Game on us like this and just breaks that all the way up. So, um, pretty much kind of a slap in the face.”

When speaking with the media, De’Aaron Fox took a similar stance as James.

Some players are still appreciative of the fan support to get their favorite players playing in the NBA All-Star Game. Steph Curry, who has 6 NBA All-Star Appearances, spoke about not taking the honor for granted while still not being sure if it’s the right move.

The NBA and the NBAPA should have a finalized plan for the All-Star Game by next week. Despite the backlash from star players so far, the NBA is still confident that they will participate in the event.