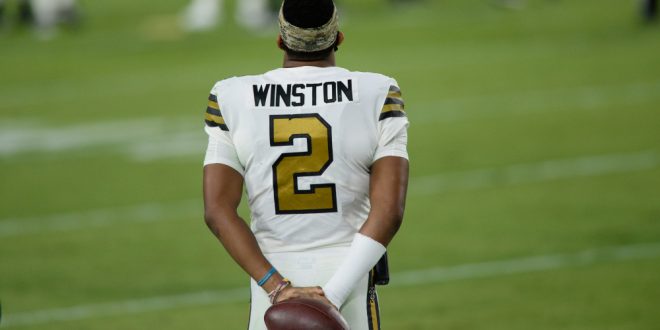 Despite New Orleans relocating their team to Jacksonville, Florida, after Hurricane Ida stormed through Louisiana, the team did not seem to miss a beat in new territory, treating Jacksonville as a home-field advantage.

Saints quarterback Jameis Winston had a couple of challenges entering Sunday’s match-up as he stepped in for former quarterback Drew Brees, who retired this past offseason. Winston was also without his top two receivers Michael Thomas and Tre’Quan Smith, due to injury.

Still, Winston started week one-off with a phenomenal performance after throwing five touchdowns and zero interceptions in his starting debut. He completed 14 of 20 passes for 148 yards while also running the ball four times for 37 yards to give his team the edge over the struggling Packers defense.

“That was for the city,” Winston said after the game. “So, shoutout to the city of New Orleans. We did that for them. We knew how much it would mean to get a great victory for that region. They’ve been through so much [due to damage and power outages from hurricane Ida]. And for us to be able to celebrate this victory with them, it’s just hats off to them for their resilience, because they motivated us, they inspired us to come out there and ball.”

The offense was able to execute their game plan to a tee with Winston under center. He also had plenty of help from the run game as Alvin Kamara and Tony Jones Jr. ran for a combined total of 133 yards setting up many passing opportunities for the Saints offense.

Winston was able to distribute the football at will as he connected with tight end Juwan Johnson twice in the end zone, increasing the Saints lead further, creating a deficit so impossible for Green Bay quarterback 2020 Most Valuable Player Aaron Rodgers to dig his team out of.

New Orleans’ defense held the Packers to three points which is impressive as the Packers were recently in the NFC Championship game last season. The defense sacked Rodgers twice and forced him to throw two interceptions while holding the offense to zero touchdowns.

They were able to dominate on the defensive line as they held Green Bay’s running game to 43 yards on 15 carries, causing a fumble and applying pressure in the backfield, forcing two tackles for loss and seven quarterback hits. The secondary also had an outstanding performance as they made four pass deflections and played good coverage for the most part.

The Saints had an answer for everything that the Packers’ offense schemed up against them. It felt as if they were in the huddle listening in on the plays being called.

Overall, the defense executed their defensive scheme against the Packers’ offense well. Still, some errors can be cleaned up going forward on the defensive end.

The Green Bay Packers struggled in all phases of the game on Sunday evening, but Rodgers’ bad performance on the field was most noticeable.

He completed 15 of 28 pass attempts for 133 yards, including two interceptions with a passing quarterback rating of 36.8, before being replaced by backup quarterback Jordan Love in the fourth quarter.

The offense just couldn’t get anything going as they were 1 of 10 on third-down conversions. The run game wasn’t working, and the passing game wasn’t up to par either. Rodgers was evading the defense trying to extend plays, but there were no receivers open due to the tight coverage provided by the Saints secondary.

Rodgers was able to connect with wide receiver Davante Adams who had five catches for 56 yards. The Packers had a chance to get back into the game, but they blew it as Rodgers was pressured and threw an interception while trying to get the ball to Adams on the nine-yard line.

“They beat us. They played way better than us, Rodgers said. ” We played bad. I played bad. Uncharacteristic of how we’ve practiced in training camp, obviously how I’ve played over the years. This is hopefully an outlier moving forward. We’ll find out next week.”

With week one in the books, it’s time to move on to week two of the NFL season, as both teams will return to practice to focus on a new game plan for their upcoming opponents.

The New Orleans Saints will try to keep up their momentum going into week two as they prepare to face the Carolina Panthers on September 19th at 1 p.m. who defeated the New York Jets 19-14.

Aaron Rodgers and the Packers will try to refocus and regroup after this unexpected blowout they received on Sunday evening. Green Bay will be headed home to Lambeau Field for a Monday Night Football showdown against the Detroit Lions on September 20th at 8:15 p.m. who lost to the San Francisco 49ers 41-33.