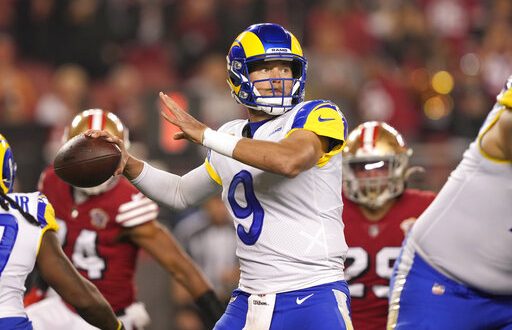 Monday Night Football continues to bring joy to the NFL community as we head into the holiday season. In a surprise upset the San Francisco 49ers defeated the Los Angeles Rams. It wasn’t close either. The 49ers dominated the Rams 31 to 10 but the score doesn’t tell the entire story.

Offensive Weapon Deebo Samuel paints a better picture of the game. The 49ers wide receiver caught all five targets for 97 yards and 36 yards on the ground with two total touchdowns. Samuel averaged 19.4 yards per target his second-highest in his entire career.

While the entire offense only had 335 yards of total offense 156 on the ground and 182 on the air. It was the Rams’ mistakes and the 49ers’ big-play ability that put the nail in the coffin.

In the first quarter of the game, Matthew Stafford threw two picks one for an interception return touchdown by cornerback Jimmy Ward. By half time it was 21-7. The 49ers never looked back.

The 49ers also dominated the time of possession. 40 minutes to 20 minutes. Doubled. A perfect game plan from Kyle Shanahan and the San Fransisco 49ers.

The Rams of Old?

In the post-game press conference, Sean Mcvay stood clearly frustrated after a fifth consecutive defeat to the 49ers.

“I choose to believe these last couple of weeks are not who we are,” McVay said. “I refuse to believe that, even though you’re only as good as your last game.”

The full quote is here below.

With no future, first-round picks until 2024 the pressures to succeed are immense this season. The Rams will go seven straight years without making a first-round selection. After going all-in for players like Jalen Ramsey, Matthew Stafford, Dante Fowler Jr., and now Von Miller and Odell Beckham Jr. the expectations are championship or bust. With back-to-back losses, the pressure on Los Angeles continues to mount as they trail Arizona by a game in their own division. After their bye week, the Rams play the Green Bay Packers in Lambeau with a potential three-game skid on the line. Only time will tell if the Rams front office are geniuses or mad scientists.

On a positive note newly acquired weapons Odell Beckham Jr. and Von Miller made their Rams debut on Monday. OBJ had two receptions for 18 yards while Von Miller had three tackles including one for a loss.

The (7-3) Rams will go into bye week eleven looking to regain focus whereas the 49ers will play the Jacksonville Jaguars at 1 pm.

Ethan Sanabria is a second-year telecommunications student on the digital film and television production track at the University of Florida's College of Journalism and Communications. He has previously worked as a broadcaster for the Florida Flight basketball team and currently helps the production of WUFT news facebook lives. You can reach Ethan on any of his social media or at Ethansanabria@ufl.edu.
@ethansanabria
Previous Jonathan India Earns NL Rookie of the Year
Next Jones dissatisfied by his performance Saturday 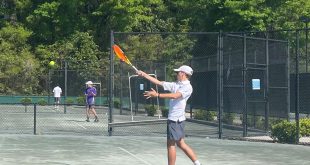