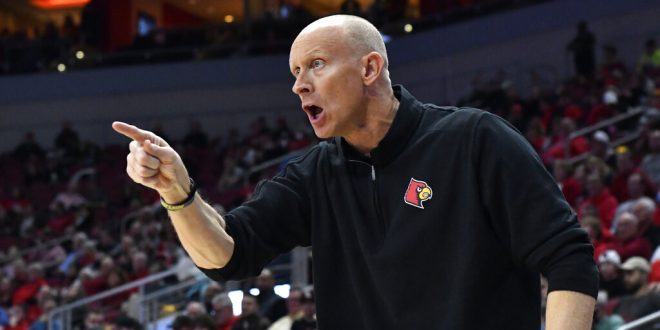 Louisville has opted to terminate the contract of head basketball coach Chris Mack in his fourth year with the school. The university will owe Mack $4.8 million, which he will receive in monthly installments of $133,333.33 through January of 2025. Mack was under contract for 7 years and $28 million.

In three full seasons, Mack’s Cardinals did not make it past the first round of the NCAA tournament. Despite holding the No. 1 ranking in the country in early 2019, the team finished as a seven seed in the NCAA Tournament, falling to Minnesota in the first round. Mack compiled a a 68-37 record (.648) in his three and a half seasons at Louisville. After winning a National Championship under coach Rick Pitino prior to him taking over, Mack had significant expectations ahead of him. This season, Louisville sits at 11-9 and the Cardinals have lost five of their last six games. Mack’s Cardinals were 5-5 in conference play, holding the 8th seed in the ACC.

At the start of the 2021-2022 season, Mack served a six-game suspension due to failing to comply with an ongoing investigation. The former head coach captured an audio recording while in the process of dismissing former assistant coach Dino Gaudio. Gaudio threatened to extort Mack by reporting his NCAA violations to the universities administration if he wasn’t allowed to keep his job. The incident developed into a legal matter, Gaudio was sentenced to a year of probation.

Josh Heird, Louisville’s interim athletic director, announced the decision on Wednesday, January 26. The move marks Heird’s first major personnel decision since taking over for Vince Tyra on December 13th. Assistant coach Mike Pegues will serve as the teams interim coach while the administration conducts a job search. Pegues’ coaching history with Mack dates back a whole decade, where Pegues served as an assistant on Mack’s staff at Xavier. When asked about Pegues taking over, Mack expressed his respect and well-wishes for his successor and former team.

Although Louisville lost both of last seasons leading scorers to the 2021 NBA Draft, versatile forward’s Jae’Lyn Withers and Malik William’s still serve as beacons of hope for future success this year.

Despite not establishing a time-frame, Heird indicated that he plans to be the one to hire Louisville’s new head coach.

Tyler Carmona is a junior journalism major at the University of Florida. Originally from Miami, Tyler played football as a wide receiver at the University of St. Francis before transferring to UF.
@@TylerCarmona
Previous Gators Gymnastics Hosts Arkansas in Top-15 Matchup
Next South Carolina uses big second half to take down Vanderbilt