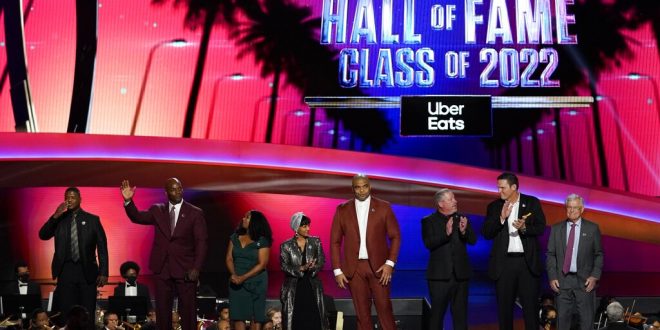 Days before the Super Bowl, the NFL announced the 2022 class of entrants into the Pro Football Hall of Fame. Hall of Famers are chosen by a committee of 49 media members who cover the league. Modern-era players are eligible from five years after they retire until 25 years after. If they’re not chosen by their 25th year of eligibility, they enter the Senior Committee pool.

BREAKING: Eight enshrinees are headed to Canton this August as a part of the Hall of Fame Class of 2022

This year’s class includes five modern-era inductees, one senior inductee, one coach and one contributor.

Boselli is the first Jacksonville Jaguar’s player to earn a gold jacket. He was a five-time Pro Bowler and a three-time All-Pro. Being an asset to the Jaguars, Boselli led the team to two AFC title games during the franchise’s first five years.

After a long wait, Butler becomes the 28th member of the Packers organization inducted into Hall, second-most in the NFL behind only the Chicago Bears’ 30. He first became eligible for the Hall in 2007, but didn’t make the cut to 25 semi-finalists. In 2020, he was one of the 15 finalists, and last year he made it to the final 10. According to Packers News, ““It’s truly amazing,” Butler said of the honor. “I don’t even know how to act.”

Now, the legacy is complete.

Seven years after leaving the New England Patriots as a three-time champion, five-time Pro Bowler and three-time All-Pro he spent four years with the Raiders. Seymour added two more Pro Bowl selections to his resume during his time with Las Vegas.

Young helped the 49ers win their fifth Super Bowl. He is also second in 49ers franchise history with 89.5 sacks.